The Art of Winemaking: Fermentation 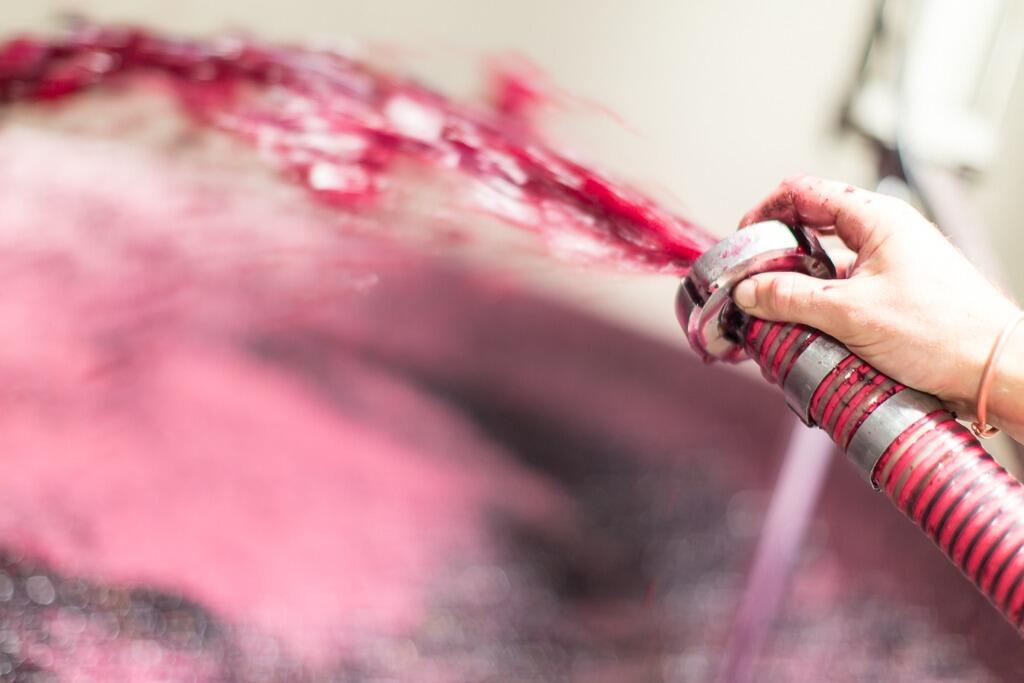 Years of planning and preparation are invested in ensuring that the agricultural aspects of growing wine are all working together to produce the best quality fruit – grapes that are healthy, perfectly ripe and expressive of their origin. Harvest is the culmination of each vintage in the vineyards, but the magic of turning grapes into wine starts with the process of fermentation. Fermentation is not only responsible for the alcohol content of wine; it is also the source of many of the flavour compounds which give wine its distinctive taste and aroma.

Harvested in the cool early morning, the grapes from Creation’s estate vineyards on the Hemel-en-Aarde Ridge in Walker Bay have only a short distance to travel before reaching our state-of-the-art cellar which is nestled amongst the vines. This is critical in preserving the delicate precursors to flavour present within each berry. Each small crate of grapes is weighed to determine the yield, and most are de-stemmed before being pumped into the large primary fermentation tanks. 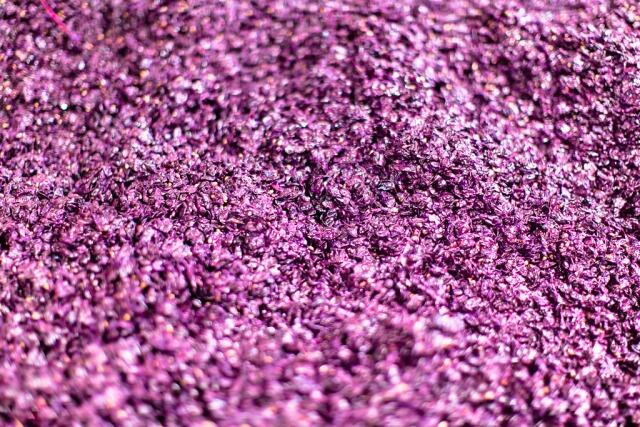 Some wines (especially Pinot Noir) are fermented with a portion of whole bunches, the stems imparting some spiciness, freshness and grip to the wine. (It is important that the stems are also ‘ripe’ when introducing whole bunch fermentation as green stems can impart bitterness.) Sometimes grapes are left whole and not crushed, so that intra-cellular fermentation is achieved, a process known as ‘carbonic maceration’.

The unfermented grape juice, pips, skins and sometimes stems are referred to as ‘must’ after they have been crushed. It is here that the paths of red and white wine diverge. White must is most often pressed immediately and fermented apart from the skins and pips (although some white wines are also allowed skin contact). Red wine is produced by initiating fermentation and leaving the juice to macerate with the skins and pips. This contributes colour, tannin and flavour to the wine – the pulp of almost all red grapes is colourless, while the skins are heavily pigmented. 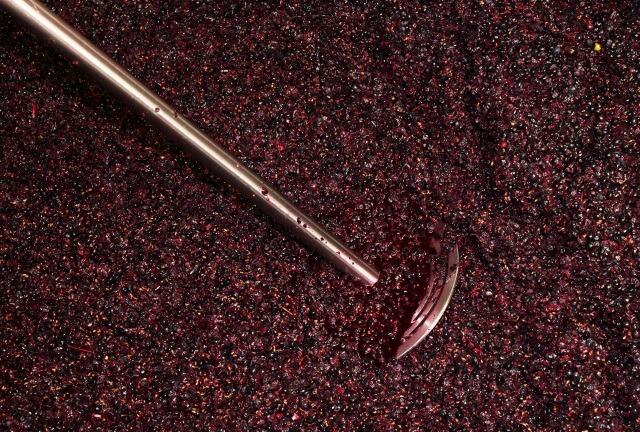 As the must settles in the primary fermentation tank it separates into a liquid mass covered by a drier layer of skins and pips known as the ‘cap’. Ambient yeast and yeast growing on the grape itself (the whitish layer on the skin known as ‘bloom’) will start fermentation naturally, although many wineries inoculate with cultured commercial yeast strains right from the start. Ambient and wild yeasts have less predictable actions and may result in a stuck fermentation – running out of nutrients and dying before all the sugar is converted and the wine has fermented to dryness. Yeast will convert sugars in the wine into alcohol and CO2 in the absence of oxygen and in a specific pH range (from 2.8 – 4 for commercial yeast).

The metabolism of amino acids and breakdown of sugars by yeasts also create other compounds that contribute to the flavour and aroma of wine. Volatile compounds like esters, fusel oils, ketones, mercaptans, acetic acid and non-volatile compounds like glycerol and succinic acid are all linked to specific organoleptic properties in wine.

Yeast also has the effect during fermentation of releasing the flavour precursors that react with oak and others responsible for floral aromas, and phenols. The strain of yeast can also determine to a certain extent which of these flavours can be expected to develop, with some strains of yeast for example generating volatile thiols which contribute to the fruity aromas and gooseberry scent commonly associated with Sauvignon Blanc. Not all yeasts are considered desirable and Brettanomyces yeasts are notoriously responsible for the characteristic ‘barnyard aroma’. 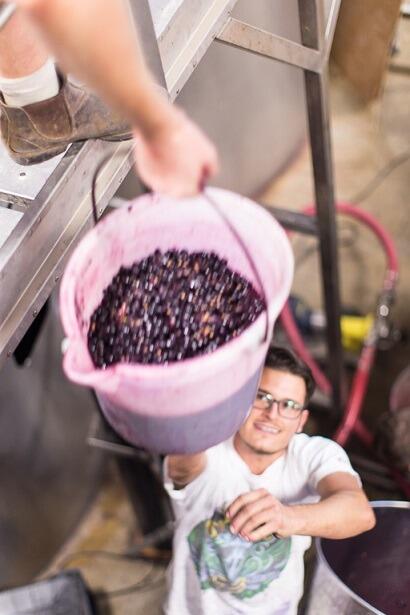 Primary fermentation usually takes about two weeks, during which the cap of skins and pips is regularly punched down, serving the dual purpose of keeping the cap moist and preventing the formation of acetic acid (vinegar) as well as mixing the skins through the juice to extract more colour. Once all the sugar has been converted and the wine is dry, the yeast dies, settles on the bottom of the tank, and is called ‘lees’.

In white wine production the lees is sometimes left in contact with the wine for an extended period, imparting autolytic flavours and texture to the wine. This is most noticeable in bottle fermented sparkling wine which exhibits brioche, toast and doughy notes.

Often the completion of primary fermentation will coincide with the start of secondary malolactic fermentation (MLF). MLF can be initiated through inoculation but can occur spontaneously, and all red wines and some white wines undergo this process after primary alcoholic fermentation. MLF is the conversion of tart malic acid into soft, creamy lactic acid through bacterial fermentation and is responsible for the buttery aromas (through a compound called diacetyl) of some Chardonnay. 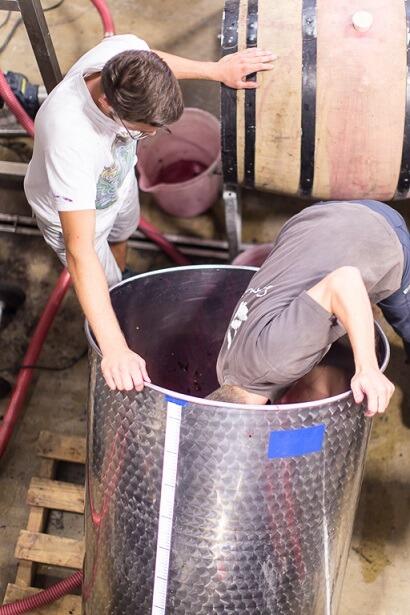 Fermentation is the very basis of wine production and the complex organic chemistry that follows the onset of fermentation is only just being understood in relation to wine and the myriad flavours and textures it can produce. During this time the winemaker must be watchful, checking the wine regularly and preventing the development of faults – however it is also a magical time; it’s the birth of a new vintage. Once fermentation is complete, the young wine will continue to develop and evolve as it is nurtured to maturity, the subject of our next blog in The Art of Wine Making: Barrel Maturation.