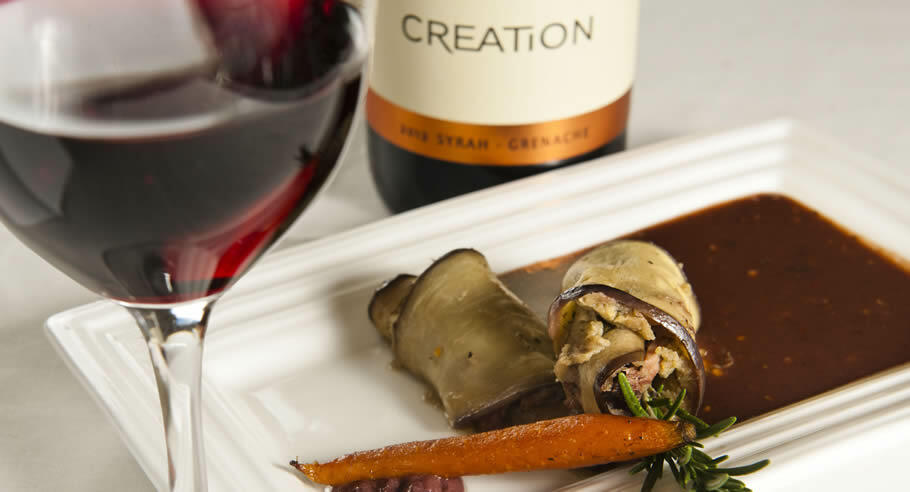 To be able to re-invent oneself and to provide unique and interesting products is an absolute necessity when competing in a global market. – Jean-Claude Martin: Creation co-owner, viticulturist and cellarmaster

Dating back to 1659, South Africa’s wine industry is one of the oldest amongst the New World producers, a tradition which has become a rich part of our cultural heritage. Over the past 25 years this industry has experienced massive growth, not only in volume, but also in the fields of innovation and experimentation. While Cabernet Sauvignon and Merlot based Bordeaux-style blends once dominated the shelves, and continue to play an integral role in the make-up of the vineyards planted in South Africa, it is with great excitement that producers are branching out into new, less traditional cultivars.

South Africa, at 30 degrees south, sits much closer to the equator than Bordeaux in France, which is positioned at 44 degrees north. The implications are that we generally experience a warmer climate although in the cooler climate areas of South Africa such as the Hemel-en-Aarde Ridge where Creation is situated the climate tends more towards the Northern Rhône, without extreme heat or cold, if compared to Europe. This is due to the altitude and the cooling influence of the Atlantic Ocean breezes and prompted Creation to introduce the first Grenache vineyard to the area in 2003. Just over a decade later it has become a key component in one of the most sought-after wines produced by Creation: the multiple award-winning Rhône-style Syrah Grenache blend.

Creation Wines is pleased to announce that the latest vintage of our enormously popular Rhône-style blend, the Creation Syrah Grenache 2013, is now available. The wine is dark purple in colour, almost black, with flashes of deep crimson and has alluring aromas of ripe black olive elegantly complemented by whiffs of pepper. On the palate it shows intense flavours of ripe plum, black pepper and umami, while supple tannins and well-integrated, natural acidity contribute to the appeal. Click here to place your order now.

Widely planted across the globe, Grenache is steadily gaining popularity in South Africa due not only to its predilection for warmer soils but also its incredible versatility. Used on its own it produces a lighter, fruitier style of red wine; however it is most often blended. To read further, click here.

It’s KLINK time again and you can nominate your favourite wine estate at www.klinkawards.co.za. In the
inaugural (2012) KLINK Awards, Creation won the Yin and Yang category for Best Food & Wine Pairing. If you
think we deserve this award again, do nominate us now!