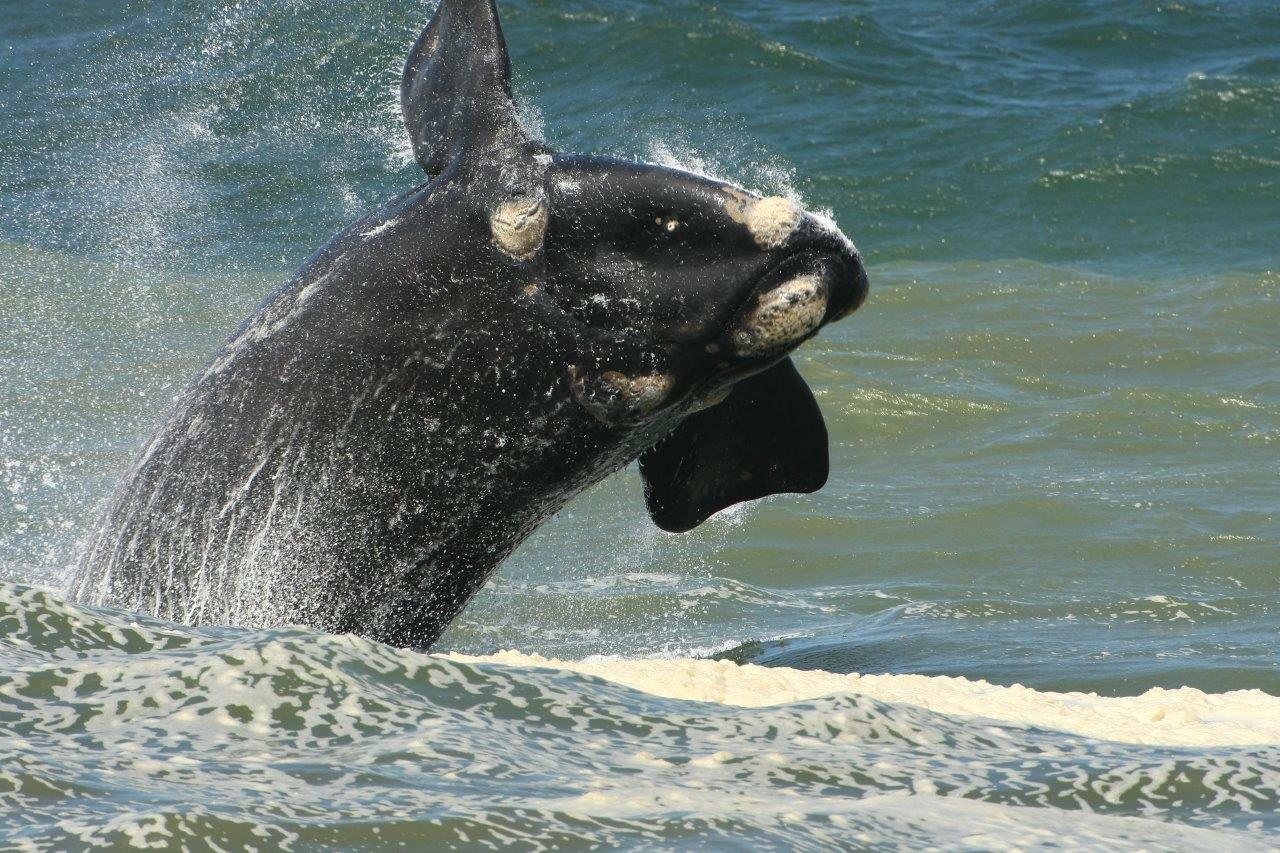 Every year from August to November, the small coastal town of Hermanus welcomes tens of thousands of tourists to its pristine beaches and cliff paths to witness the truly majestic sight of whales at play.

Walker Bay provides deep, sheltered waters that hug the coastline, making it the perfect haven for calving Southern Right whales and their young offspring and has become renowned worldwide for its land-based whale watching. The size and grace of these giants of the ocean are fascinating; however it has not kept them safe. Although Walker Bay is now a marine reserve and Southern Right whales are a protected species, it is one of three species of large baleen whales preferred by whalers in the past, and called ‘Right’ whales because of their docile nature, their slow surface-skimming feeding behaviour, their tendency to stay close to the coast, and their high blubber content (which makes them float when they are killed). The Southern Right whale population is slowly recovering but breeding populations are still small and data is insufficient, making Hermanus key to raising awareness about these animals. 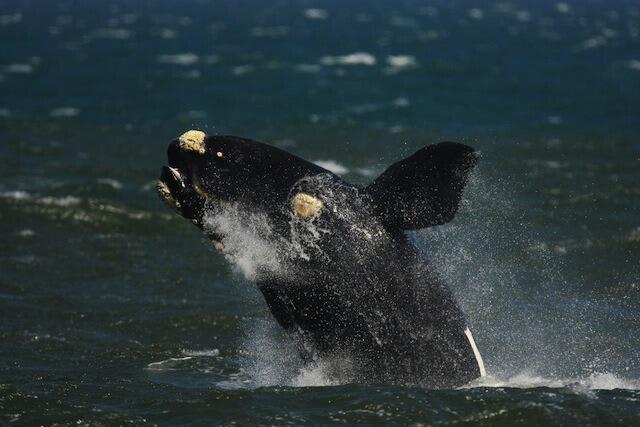 The Southern Right whale has a circumpolar distribution and roams sub-Antarctic waters between 30° and 55° south. They migrate north during winter and spring to mate, calve and rear their young and then return south during the summer months when supplies of krill are more prolific. They appear around the South African coastline from May to December, with peak season being from August to November, and can often be seen interacting in the sheltered coves close to shore and near river mouths.

These massive creatures have been known to live to around 90 to 100 years but are believed to have the ability to live to almost 150 under ideal conditions.

A new-born calf measures between 5 and 6 metres in length. After approximately 10 years they will have grown to maturity and tripled in size, reaching lengths of 16 to 18 metres. Southern Right whales are larger than Bryde’s whales and Humpbacks, but smaller than the massive Blue whale, with females generally being larger than the males as they are the matriarchs of the herd.

All whales communicate using clicking, grunting and whistling sounds – all of which act as a means of echolocation. Their calls can be heard miles away under and above water, and this is also their main source of navigation during migration periods. Whales are also known for slamming their tails against the ocean’s surface, creating a loud splashing sound (known as lobtailing) and breaching, which are both thought to be a form of communication as well as a way to see above the ocean’s line in low water visibility. Despite these theories, very little is known about how whales communicate with each other. 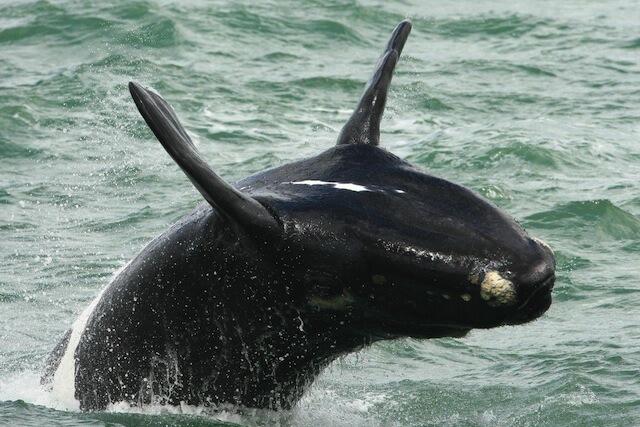 The average Southern Right whale eats around 400 kg of plankton and other small crustaceans per day. Being filter feeders, they obtain their food through filtering massive mouthfuls of water through their baleen plates. Baleen plates consist of a flexible, hair-like plate that is made of keratin (the same substance as fingernails) and can be up to 3 metres in length.

The arrival of the whales in Walker Bay signals the end of a 12 month gestation. Calves are born tail first and then gently nudged to the surface by their mother where they breach and take their first breath of air. Swimming is instinctive and takes only 30 minutes to master, however the calf is dependent on its mother for a year after birth, making them inseparable as it lives off her milk. Although generally peaceful, a mother will protect her young fiercely during this vulnerable stage.

The Whale Festival is held each year in Hermanus to celebrate another year of their return to our shores, and attracts many people who enjoy the carnival atmosphere of live music, good food and local wines from the area. The triumph of this is that where they were once hunted, we now celebrate their continued existence and use that celebration to educate visitors about them. We show the world just how proud we are that they choose to call Hermanus ‘home’.

The Story of Creation