Creation in Burgundy and the Loire 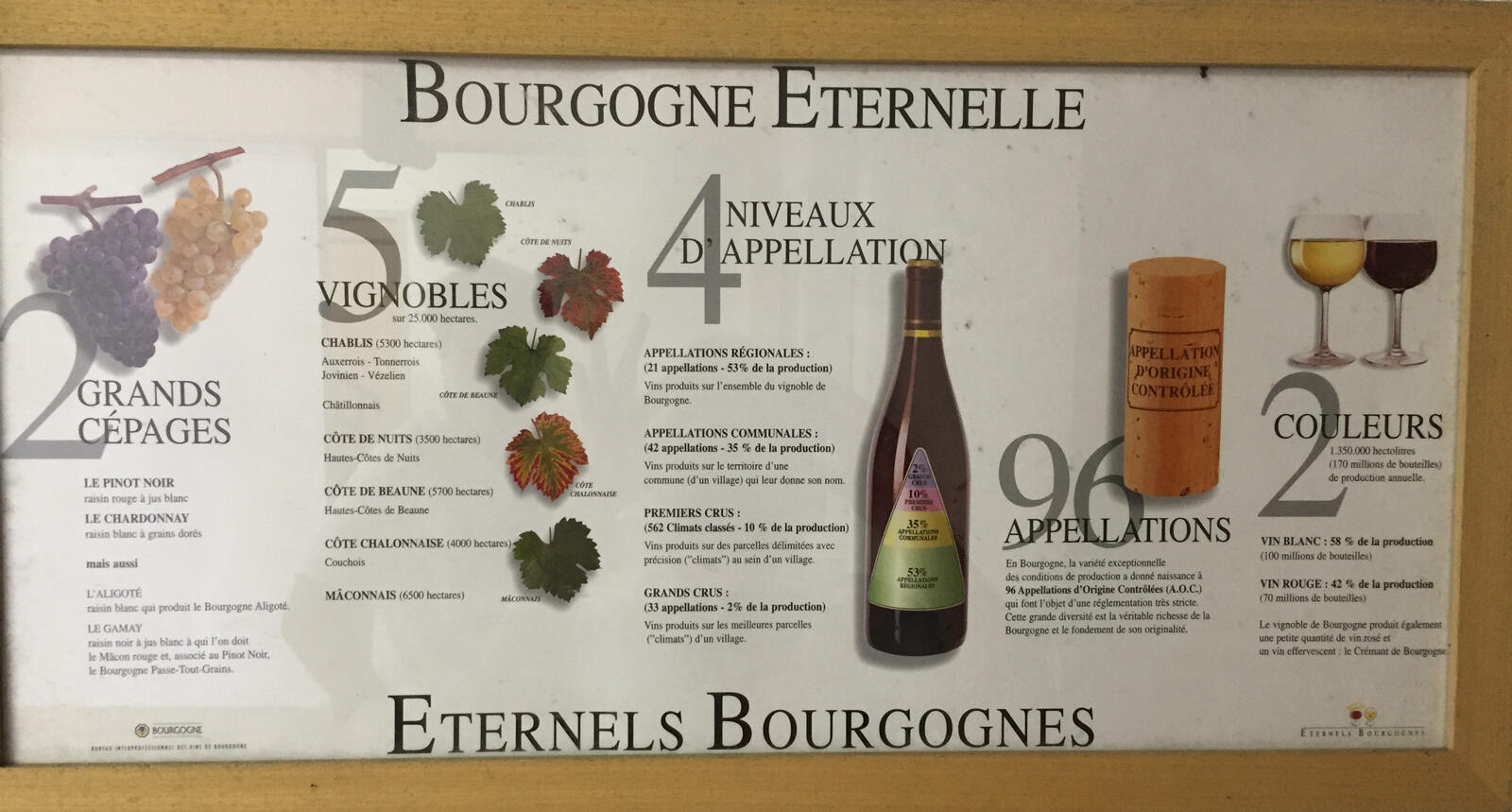 Imagine a hectic three days crisscrossing Burgundy and the Loire, visiting a famous tonnellerie here, doing an intensive barrel tasting there. And that while temperatures are often soaring to over 35 in the shade! But to Jean-Claude (JC) and Carolyn Martin of Creation it’s all in a day’s work.…

Yes, Carolyn and JC have continued their travels in Europe during the past week, touring to France to keep up to date with the latest vintages being produced in Burgundy and the Loire while also visiting barrel manufacturers who may become key suppliers. 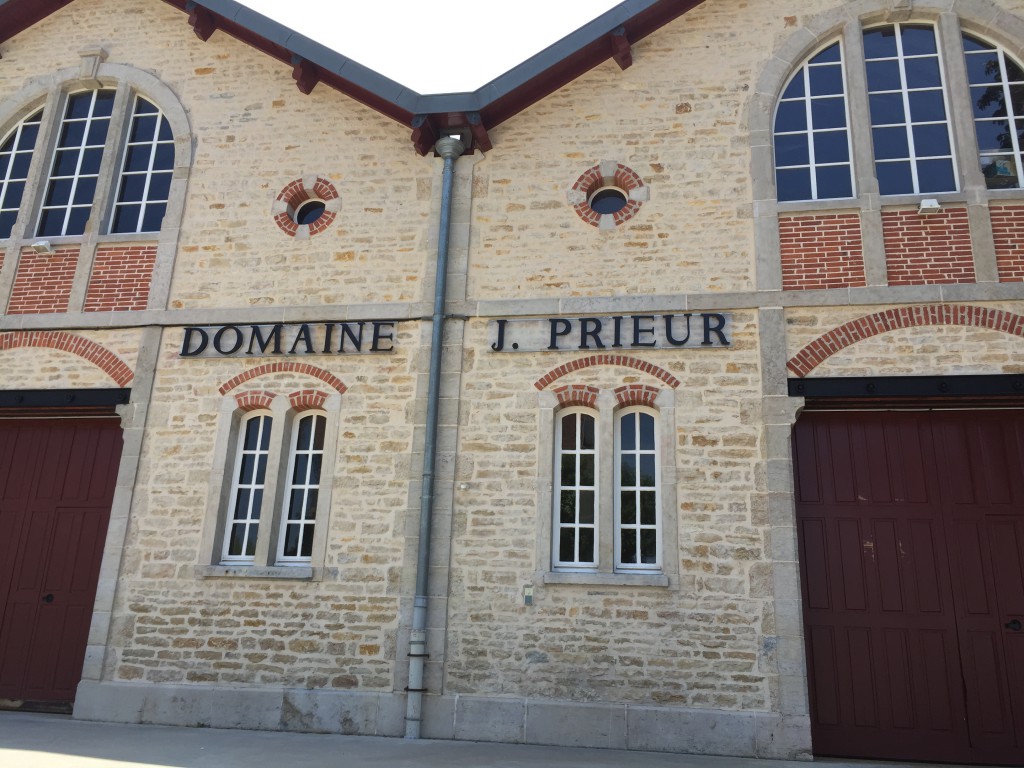 Our first stop was Vosne Romanée where we visited Maxime Cheurlin, the 24-year-old winemaker at Domaine Georges Noëllat. Maxime inherited some 6 hectares of prime land from his grandmother who used to be a grape seller. He now makes the wine in his cellar while his parents continue their Champagne production in Champagne. We did a barrel tasting of the 2013 and 2014 vintages and drank some exceptional wines, including Nuits St George Aux Boudots 2012 Premier Cru Georges Noëllat and Vosne Romanée Les Beaux Monts 2012 George Noëllat. It was beautifully cool in the cellar but so hot outside that the only respite was to sit under a cherry tree and drink a glass of Maxime’s parents’ bubbly! 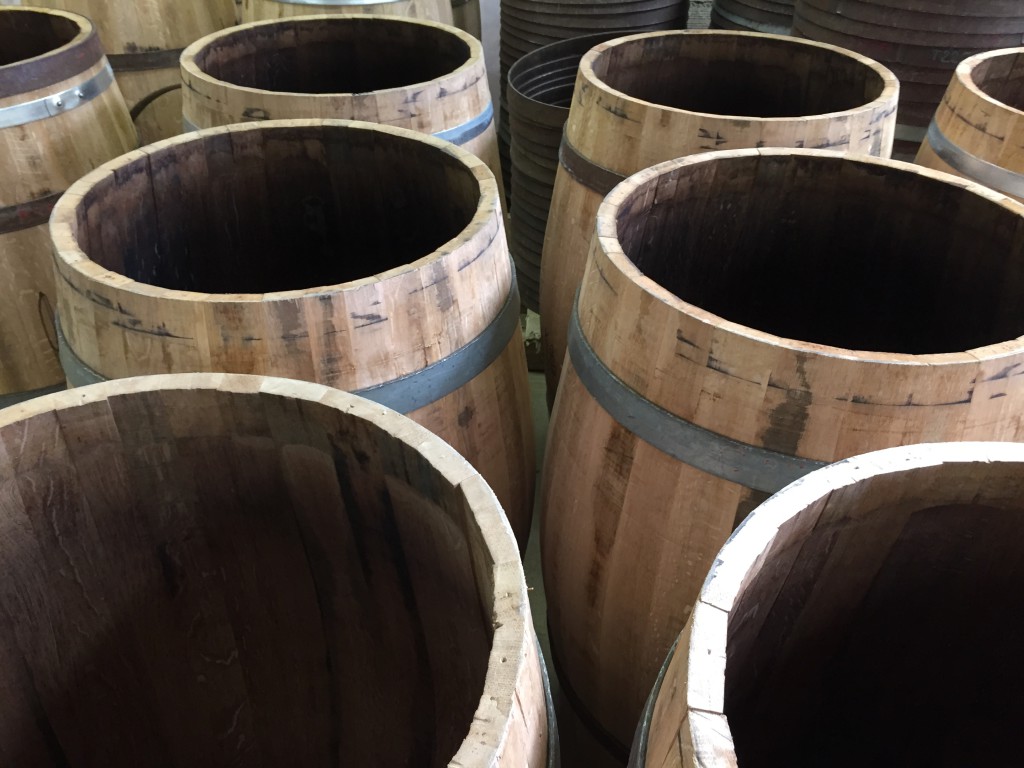 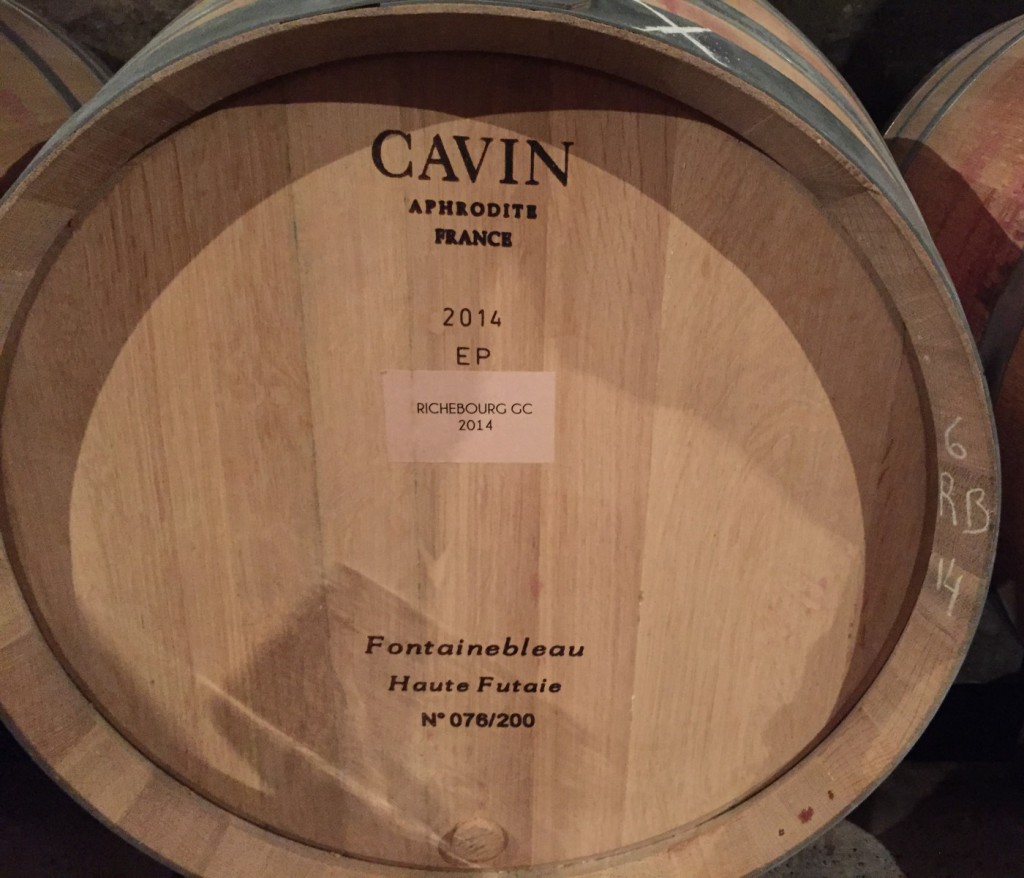 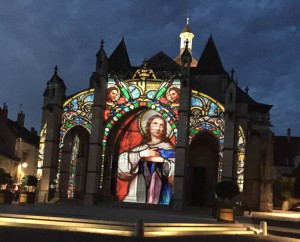 Having spent the night in Voguet, we set off early the following morning to visit Tonnellerie Cavin, our friend Pierre Cavin’s cooperage at Poiseul-la-Ville-et-Laperrière. The tonnellerie produces some of the most famous artisanal barrels in the world, primarily for Pinot Noir and Chardonnay but also a special barrel which is more cone shaped, for Sauvignon Blanc. On the way we passed many oak forests; it is interesting to note that only oak trees grown in selected forests that are 120 to 300 years old are used to make the staves for the barrels and the wood is dried and matured for three years prior to use. The factory smells like freshly baked bread and the physical, artisanal work happens at an impressive pace, yet with great concentration lest one gets one’s hand wedged in the top of the barrel! There is an ‘around the world’ cycle to barrel production and during our visit orders were being processed for the US harvest.

Our next stop was Domaine Jacques Prieur where we were entertained by hosts Martin and Josephine Prieur. An amazing barrel tasting highlighted the differences between the appellations and then we were treated to some Premier and Grand Crus. Among the many highlights was a 17-year-old Chardonnay from Meursault. 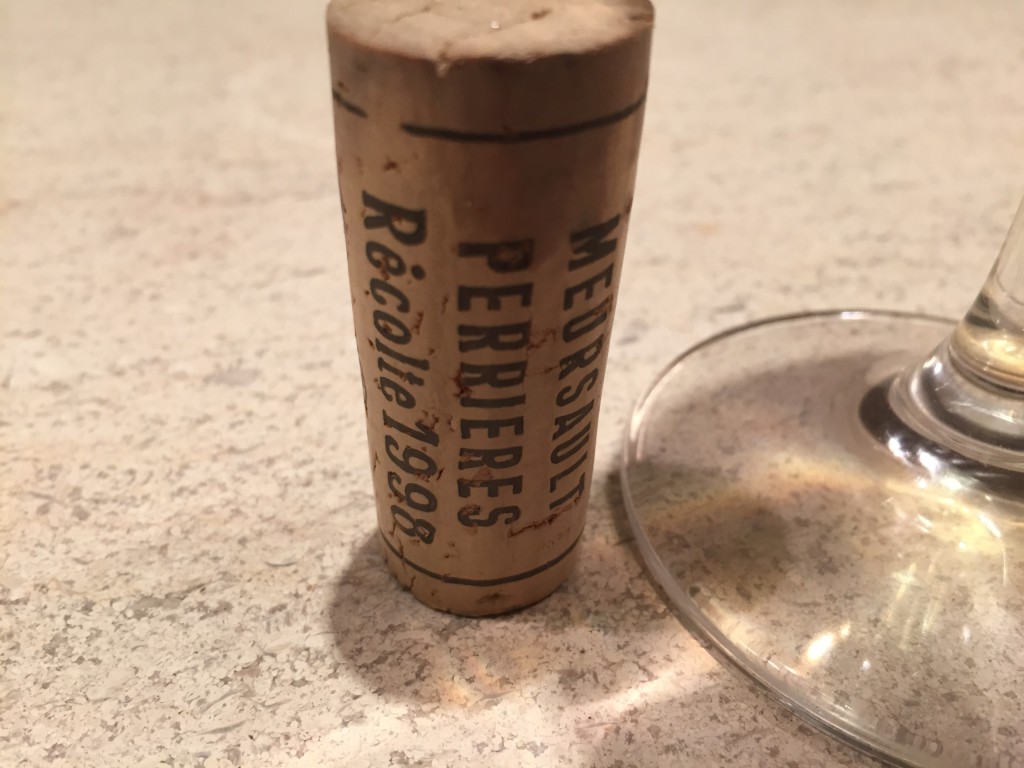 After lunch we visited Domaine AF Gros for another barrel tasting of 2013 and 2014 vintages. These included some great Grand Crus (only 2% of Burgundy’s wine is classified as Grand Cru) including Richebourg out of the Aphrodite barrel. Coming up from a cool cellar into 38 degrees in the shade – and even warmer in the sun – meant the best solution was to find and air-conditioned bar close by! Our choice was Le Bout du Monde, a wine bar selling more wine by the glass than I have ever seen. Then we moved on for dinner and as it happened to be my birthday there was a bottle of Krug from Pierre to celebrate. This was followed by great antipasti, superb wines and … a surprise laser show on the church across the road! 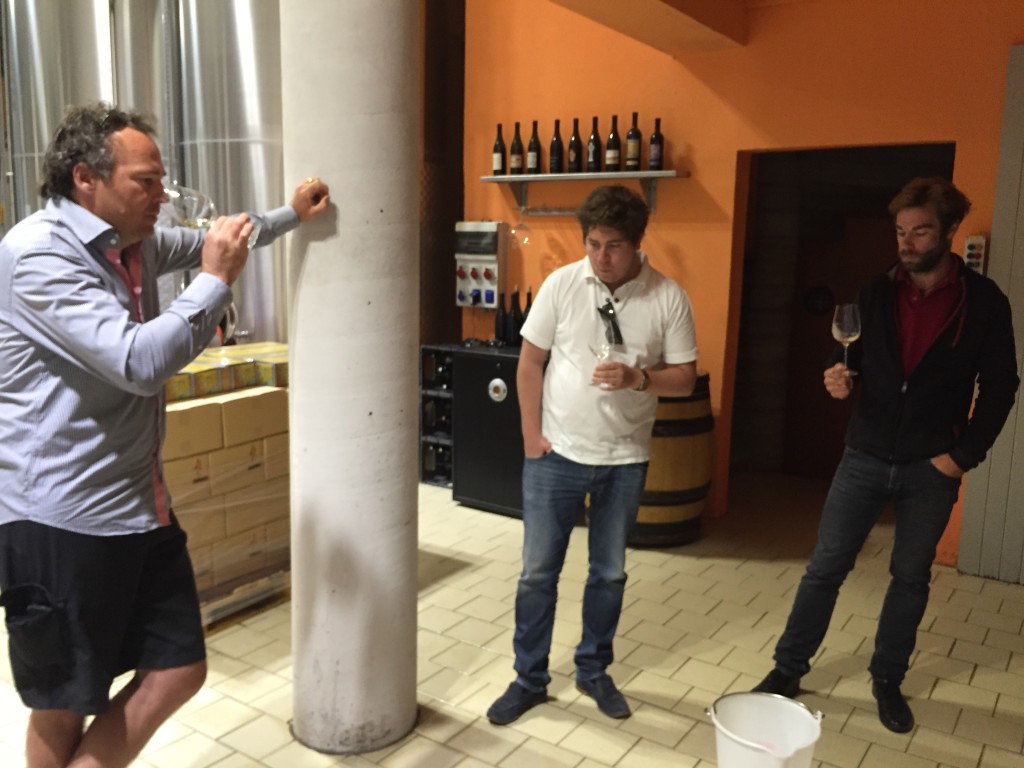 The next day was business as usual: leaving early, we drove four hours to Sancerre where we visited Benjamin Dagueneau, tasted wines from the barrel followed by his famous range of Sauvignon Blanc from the Loire (including the famous Silex). What a privilege and so much learning! 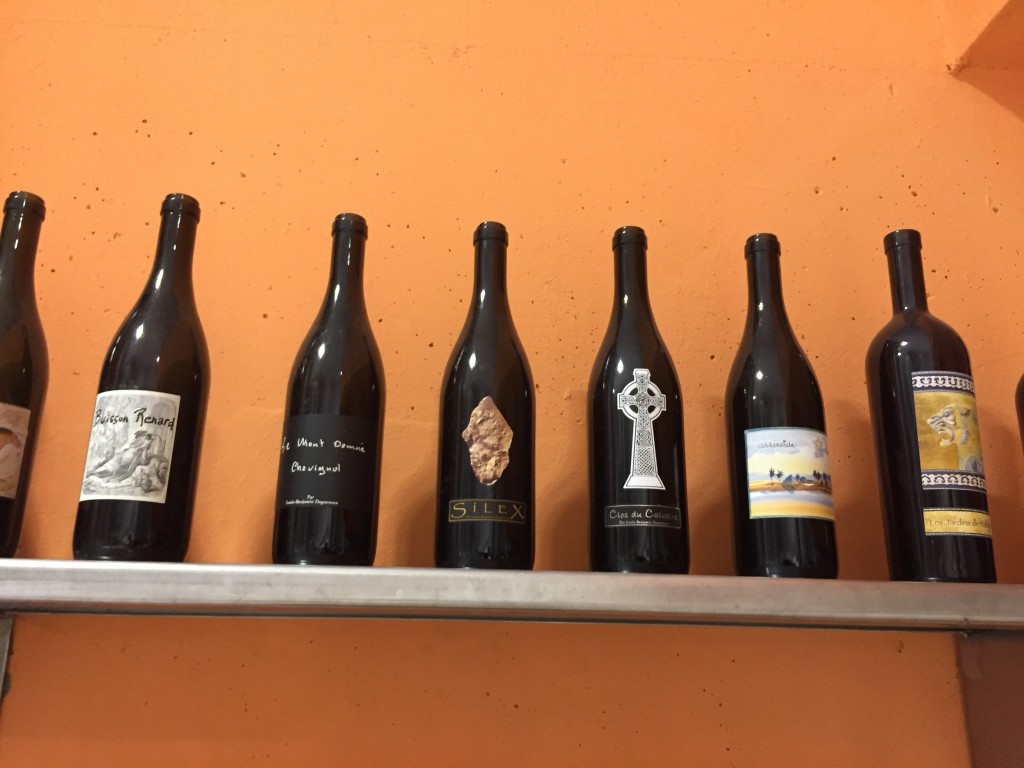