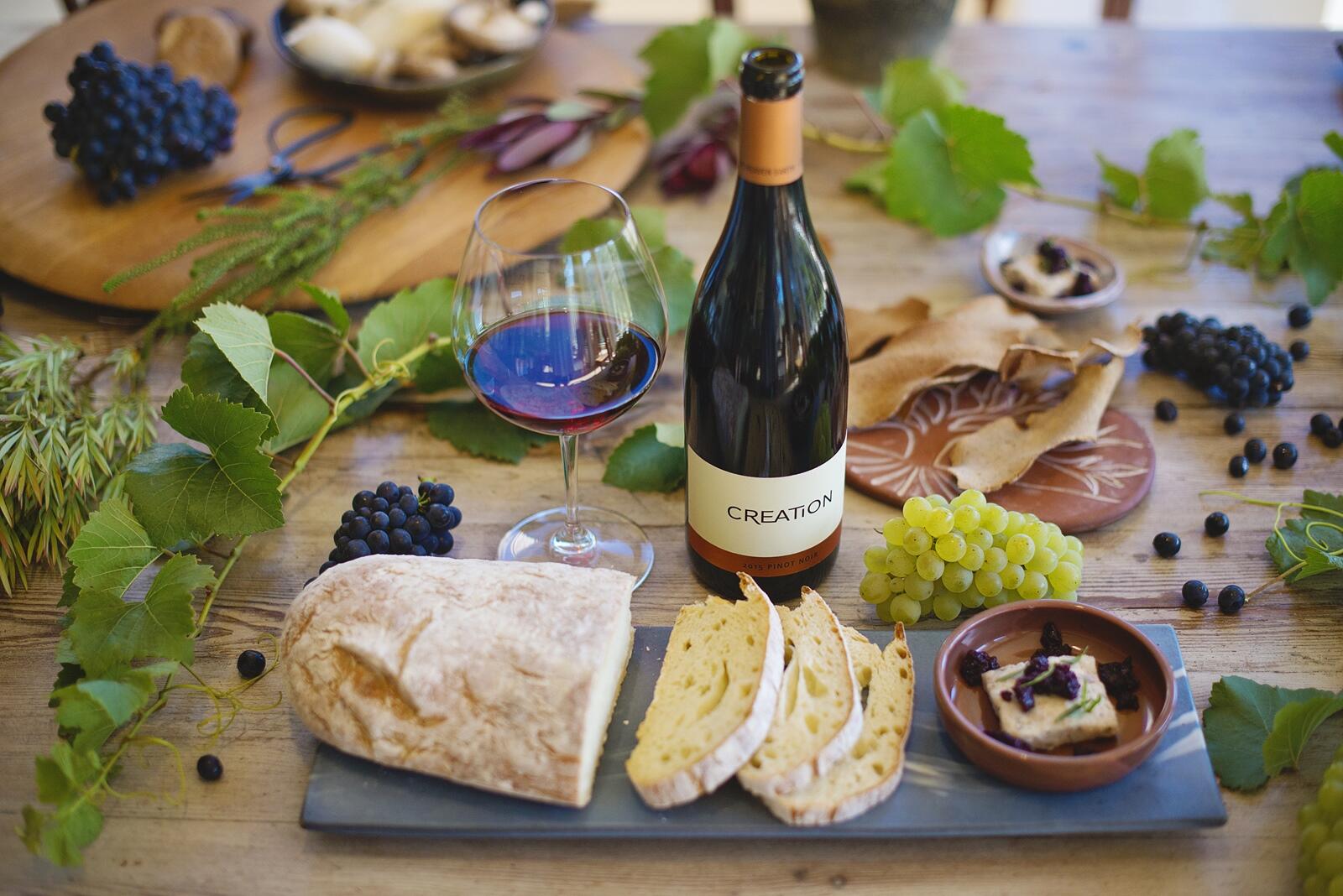 Since the establishment of Creation in 2002, its dynamic team has been striving to reward the wine lover with wines of rare balance, elegance, distinction and finesse. That they are fulfilling this mission is apparent from the ever-growing list of accolades garnered for their wines at top competitions.

At the prestigious 2016 National Wine Challenge, incorporating Top 100 SA Wines, Creation had no less than five wines in the Top 100. To make this achievement even more remarkable, two of its wines, the 2014 Syrah, Grenache and the 2014 Reserve Merlot, were selected as Grand Cru National Champions in their respective classes. Fierce competition prevailed and only 31 white wines (12% of the wines entered) were selected for the Top 100 – among them the 2015 Creation Sauvignon Blanc, Semillon and the 2015 Creation Art of Chardonnay. Among the 63 winning red wines (around 18% of the total entries) Creation had three: the 2014 Syrah, Grenache, the 2014 Reserve Merlot and the 2015 Pinot Noir.

The estate also did exceptionally well at the 2016 South African Wine Index (SAWi) Awards where seven of its wines were among the top performers. SAWi was established in 2009 with the aim of independently identifying South Africa’s best wines.  Two aspirational benchmarks are set against which to measure wine quality: Grand Gold status (awarded to wines scoring more than 93 Index points) and Platinum status (for wines scoring above 95). Together, these sets comprise the ‘South African Grand Wines Collection’. Three of Creation’s wines were awarded Platinum status:  the Reserve Pinot Noir, the Syrah, Grenache blend and the Pinot Noir, while four Creation wines were awarded Grand Gold: the Merlot, the Viognier, the Chardonnay and the Syrah. Wine vintages are not included as the SAWi judging system is based on the combined results a wine has achieved over multi vintages.

Another feather in the team’s cap has been the 90 points scored by the 2014 Creation Merlot, Cabernet Sauvignon, Petit Verdot blend at the recent RisCura Red Hot Wine Awards. Convened by Winemag.co.za, South Africa’s top performing Bordeaux-style red blends were announced at the official awards ceremony on 22 June. The Creation blend was one of only 13 out of 59 entries to score 90 points or higher.

Favourable reviews from knowledgeable sources further confirm the excellence of Creation’s wines. A shining example is the 95 points allocated by Greg Sherwood, MW and wine buyer for Handford Wines in South Kensington London, to the 2015 Creation Reserve Pinot Noir, describing it as “fantastically good”.

Another prestigious accolade came from Decanter magazine, placing the 2014 Art of Creation Chardonnay among its Ten Top South African Chardonnay. The wine was tasted by editorial content director John Stimpfig who described it as “tautly balanced with fine acidity and savoury flavours of honey, lanolin and beeswax alongside the lush pear and custard cream sweetness.”

More recognition for the 2014 Art of Creation Chardonnay came from Ronald de Groot of Perswijn, referred to as “the most important independent wine magazine of the Netherlands”. De Groot scored the wine 16.5 points; the highest he allocated to recently tasted Hemel-en-Aarde wines.

Commenting on this latest array of accolades, Carolyn Martin, co-owner and marketing director of Creation Wines says: “It is always great to receive recognition for our wines from professional tasting panels and wine experts of this stature. We are blessed with exceptional winegrowing conditions and it will remain our focus to reflect this wonderful terroir in our wines.”

The 50-hectare estate in the Hemel-en-Aarde Ridge Ward of Walker Bay enjoys ideal, cool maritime conditions and a continental climate. When establishing his vineyards in 2002, viticulturist and winemaker Jean-Claude Martin had the foresight to plant only virus-free strains of the finest varietal clones.  Today the estate vineyards represent a virus-free mother block from which cuttings are taken to establish new vineyards throughout the country.

To acknowledge the role Mother Nature plays in their success, Creation complies with the sustainability guidelines laid down by the Integrated Production of Wine (IPW) scheme. The estate has furthermore pledged its support to the Landmark Foundation and is officially predator friendly. And then, working hand in hand with Nature, Creation is one of only nine wineries in South Africa to have received EnviroWines accreditation.

In its quest to also give back to the community, Creation is a founder member of the Hemel-en-Aarde Community Project (HEACP) and plays a leading role in HEACP’s objectives to improve the standard of education, health, social and recreational services to the children and families in the area.

What Grows Together, Goes Together

Pinot at its Pinnacle

Pinot at its Pinnacle

Rosé is in the Air!