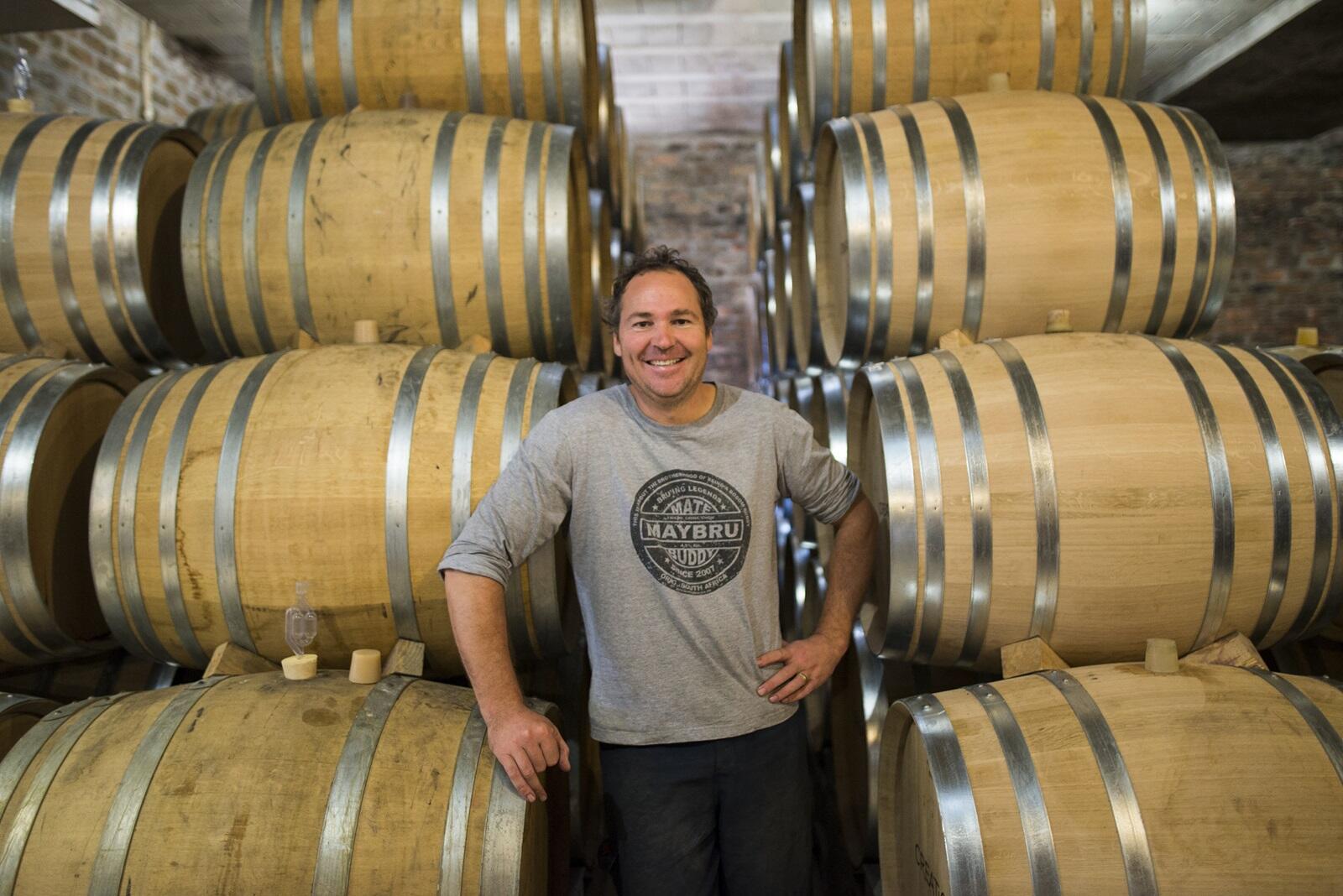 Ensuring that Balance, Elegance, Distinction and Finesse are the hallmarks of every wine in the Creation range is his mission. How does Jean-Claude (JC) Martin achieve this? “First of all we have 450-million-year-old Bokkeveld shale and drained clay loam soils which combined with our cool climate create excellent winegrowing conditions,” says JC. During the annual growth period temperatures rarely exceed 30° C, while the cool night index throughout the year is 12° C lower than the midday temperature. Thanks to the soils, minimal irrigation (if any) is needed, which contributes to good mid-palate structure and fine texture in the wine. Thanks to the cool climate, the grapes ripen slowly, evenly and fully, resulting in attractive fruit flavours balanced by crisp acidity to add to the freshness of the wines.

When JC and his wife Carolyn first saw the virgin land in 2002 (Creation had never been planted to vineyards before) he was especially drawn by the prospect of growing quality Chardonnay and Pinot Noir. Establishing his vines at 300 metres above sea level, some 9 km from the Atlantic Ocean, he had the foresight of planting only virus-free strains of the finest varietal clones. Today his 50 hectares of vine represent a mother block from which cuttings are taken to establish new vineyards throughout the South African Winelands, thus contributing to the vital need for grape security.

The Swiss-born JC was only 14 years old when he worked his first full harvest, yielded by his family’s vineyards on the steep banks of Lake Bienne in Switzerland. Having completed his viticultural studies in 1991 at Wädenswil, he went on to qualify as a winemaker at the Swiss Federal School of Changins in 1995.

1996 saw JC making his first wines in a converted garage in a small French-Swiss village – a true ‘garagiste’ therefore! The equipment was basic but the results so impressive that he was offered a position as winemaker at the famous winery of Grillette in the Winelands of Neuchâtel, where he soon became a director.

How did the talented Swiss winemaker land up in the South African Winelands? Well, Cupid intervened and in 1999 JC married the South African-born Carolyn Finlayson, daughter of Cape wine pioneer, Walter Finlayson. Frequent visits to his wife’s home turf convinced JC of the exciting winegrowing potential on the southern point of Africa and in 2002 the couple invested in what has become one of the most innovative wineries in the Hemel-en-Aarde region.

JC’s winemaking philosophy is based on ‘enhancing the beauty of nature’. To quote: “When you are harvesting quality fruit it is not necessary to manipulate the wine. Rather guide it gently through the winemaking process so as to preserve the sense of place.” To which he adds: “Winemaking is a delicate art requiring restraint to capture the inherent nuances.”

Although JC originally selected the Creation terroir for its suitability to Chardonnay and Pinot Noir, the stable weather conditions prevailing on the estate also facilitate the successful cultivation of other varieties. Recognising this potential, JC  was the first in the Hemel-en-Aarde to grow and produce a Bordeaux-style white blend (Creation Sauvignon Blanc, Semillon) as well as a Bordeaux-style red blend (Creation Merlot, Cabernet Sauvignon, Petit Verdot). He also planted the first Grenache vineyard in the area and was the first to bottle a single variety Viognier.

Creation’s wine portfolio – every bottle carries the SA Wine and Spirit Board seal for Integrity and Sustainability – presently comprises 14 different wines. Among which the highly sought-after, individually numbered Art of Creation range comprising a Chardonnay and a Pinot Noir.  The estate has also introduced a Reserve range of which JC says: “One of the exciting opportunities arising from our now fully mature, virusfree vineyards is the ability to select exceptionally high quality pockets of grapes in single-site vineyards that provide the ultimate expression of terroir and release them under our Reserve labels.”

Having bridged the divides of Old and New World winemaking, JC has established his own inimitable style, culminating in award-winning wines with the Balance, Elegance, Distinction and Finesse for which Creation has become renowned.

The Story of Creation