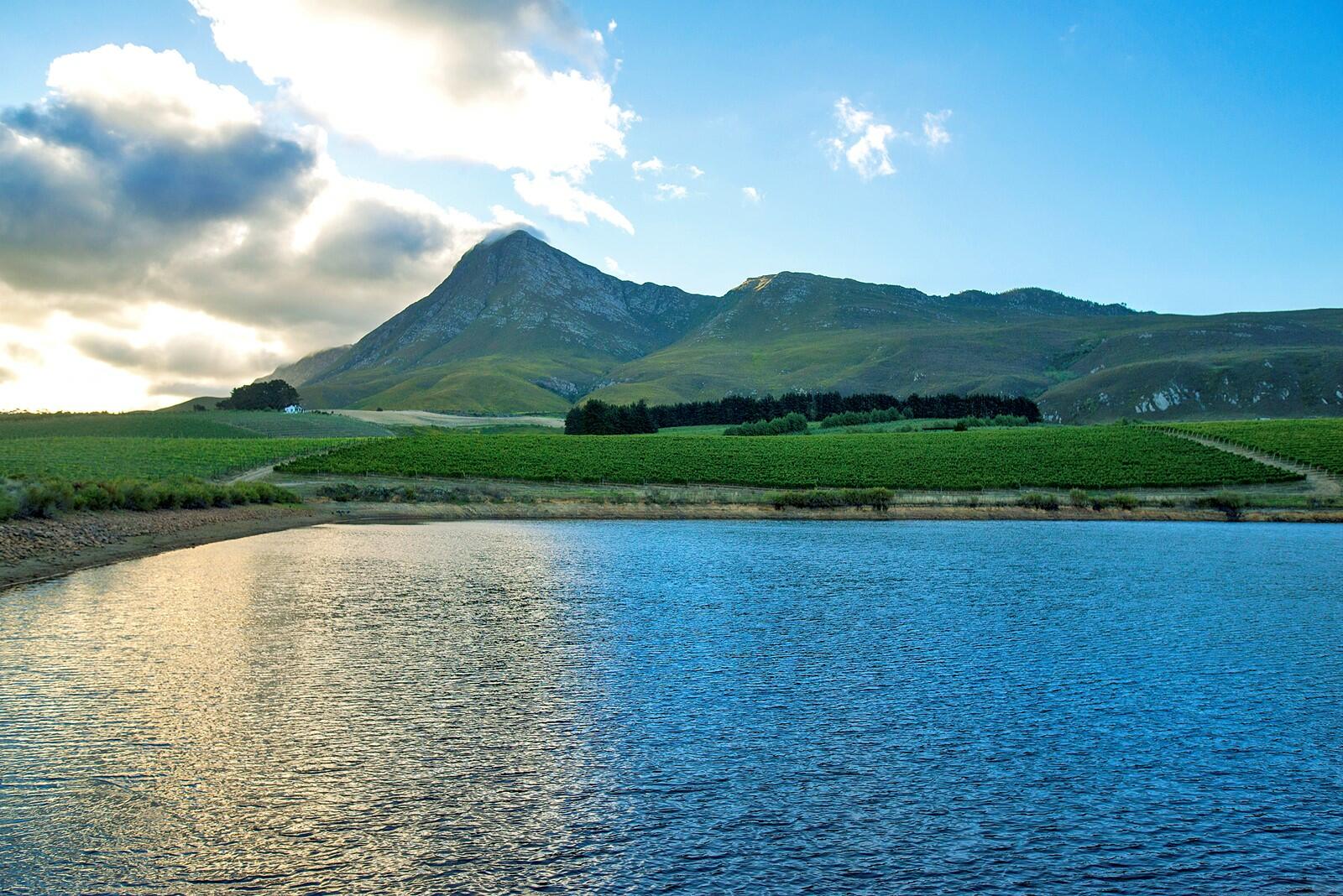 Taking pride of place on the lofty Hemel-en-Aarde Ridge in South Africa’s Walker Bay Wine Region, Creation Wines affords impressive views of the towering mountain peaks that surround it. While this spectacular panorama alone would surely be enough to inspire the team to soar with the eagles, it is also the very earth beneath their feet that motivates them.

The estate was established in 2002 by Jean-Claude (JC) and Carolyn Martin. According to JC (a Swiss-trained winemaker and viticulturist) Creation’s 450-million-year-old soils combine with cool maritime conditions and an exciting variety of slopes and aspects to create a truly unique terroir. Add to this the vibrant sense of innovation prevailing on the estate and it is hardly surprising that Creation is going from strength to strength.

To confirm its trendsetting spirit the estate recently won the Great Wine Capitals (GWC) Best of Wine Tourism Award in the category ‘Innovative Wine Tourism Experiences’ for the third time. And as a leader in the field of wine and food pairing Creation won Wine Tourism South Africa’s prestigious Klink Award for ‘Great Pairings’ for the fourth time!

The team has just launched a brand-new brunch pairing menu comprising five of their award-winning wines, each matched with a delectable dish. In the meantime yet another new wine and food pairing menu is waiting in the wings. Aptly named ‘The Story of Creation’, this exciting innovation will replace the estate’s classic Wine and Tapas Pairing, promising to be as popular yet with an intriguing sense of drama. The new menu will be introduced mid-June.

In short: at Creation there is always something new and unique in the pipeline. A shining example is the launch of the Creation Reserve Chardonnay 2016, which grown in a single vineyard, has a presence all of its own. Also recently released is the Creation Fine Cape Vintage, a superb wine tempting with peppery pimento spice, dried fruit and the nostalgic fragrance of Banksia rose. Another highlight has been the release of the estate’s Elation Méthode Cap Classique, a blend of Chardonnay and Pinot Noir. Classified ‘Brut Nature’, the wine contains only natural residual sugar and is delightfully crisp with a generous dash of exuberance and an elegant touch of finesse.

Taking stock of Creation’s activities over the past months, co-owner and marketing director Carolyn Martin says: “Creation exists for the love of wine. Working and earning a living in our little piece of paradise is a privilege and it is just such a pleasure to share the fruits of our labour with fellow wine lovers. In the process we are able to create opportunities for the members of our team and for the recipients of the charities we support. By making a contribution to the South African wine industry we add in our small way to the economic growth of the country. Last but not least we play a role in nature conservation through a number of sustainability projects we’ve implemented since our inception. Thus we make our own unique contribution to the joy of living and ultimately … to the universe!”