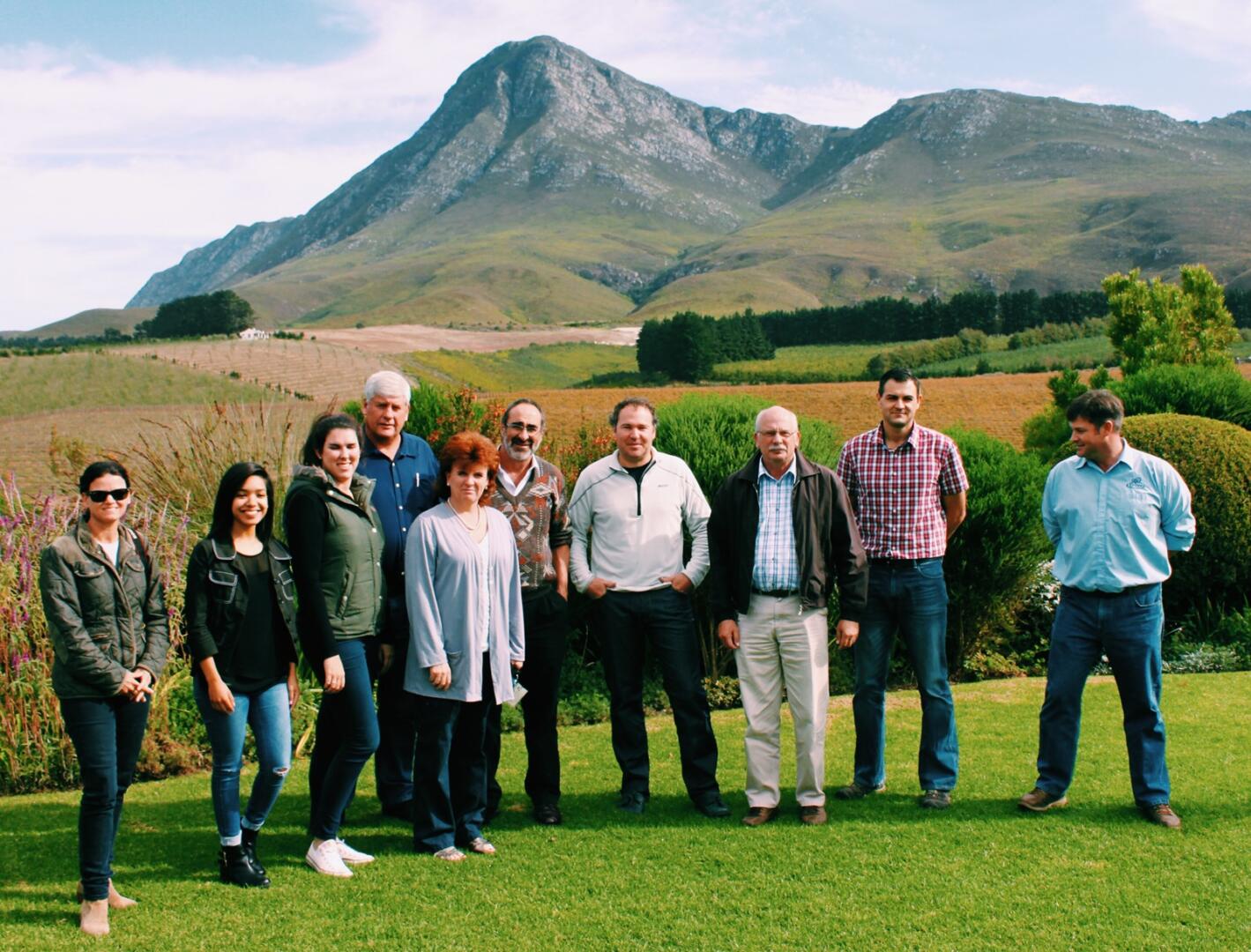 Vine viruses (especially leafroll) are regarded as one of the wine producer’s biggest enemies as they have the potential to not only reduce the lifespan of a vineyard drastically but also to seriously hamper the quality of the grapes.

In their quest to contribute to the establishment of virus-free vineyards in South Africa, VinPro in collaboration with Vititec, Winetech and Creation Wines hosted a workshop at Creation on Monday 8 May. Among those present were representatives of Vititec, VinPro and Winetech as well as members of the media.

The issue of virus-free vineyards has been very close to Creation owners Jean-Claude (JC) and Carolyn Martin’s hearts ever since they established their estate on the Hemel-en-Aarde Ridge in 2002. The land had never been planted to vines before, offering JC, who is a Swiss-trained viticulturist and winemaker, a blank canvas. Having meticulously considered soil, climate and aspect he selected the cultivars best suited to the terroir – and had the foresight to plant only virus-free clones. This was done in consultation with Vititec and his vines were the first virus-free mother blocks to be planted post-apartheid in South Africa. (During the apartheid years virus-free vines were hard to come by.) Today Creation is an important source of virus-free material, supplying Vititec and the industry with their cuttings in order to propagate virus-free clonal material.

Speaking at the workshop, JC Martin confirmed that Creation has no virus-infected plants on the estate and that they intend to keep it that way. “Vititec inspects our vineyards four to five times a year. Should there be any signs of infection the leaves will be sent for analysis, but up till now we have managed to keep our vineyards clean.”

The workshop on Monday included an inspection of Creation’s vineyards which are regarded as virus-free models. Among the comments made over lunch in the  Creation Tasting Room was that by Anel Andrag (Manager: Winetech) who pointed out that since 2002, R200-million has already been spent on research into the leafroll and mealybug viruses. This must have been money well spent because according to Nico Spreeth (CEO: Vititec) the situation in South Africa has vastly improved over the past 20 years. Excellent progress has been made, especiallly in the Hemel-en-Aarde, and Vititec in cooperation with a number of producers, are working hard to clear the vineyards and eradicate the leafroll virus completely.