What has been an exciting and eventful year for Creation is fast drawing to a close and it’s time for an overview of the highlights.  – Co-owner Carolyn Martin

Wrapping up of course also means saluting the stars of the show and giving credit where it is due.  Well, according to Carolyn not only the dedicated Creation team, but all their committed suppliers as well as each and every loyal customer deserve a big thank you and heartfelt applause. 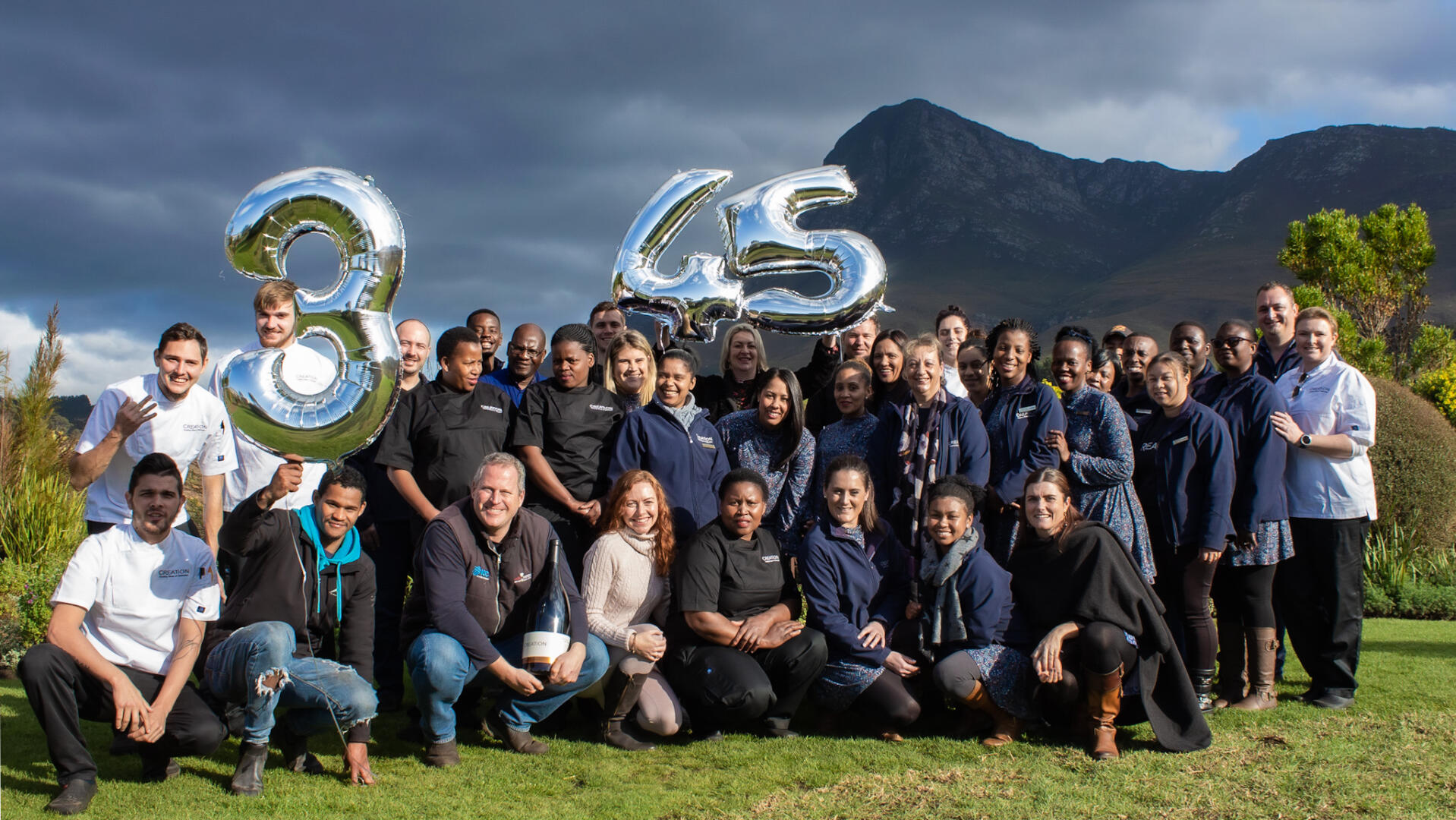 The past year saw Creation Wines proudly celebrating its place among the 50 top wineries selected at the inaugural 2019 World’s Best Vineyards (WBV) awards. Over 1 500 nominated wineries from a total of 17 countries were represented and the winners were chosen by a prestigious international voting academy. The selection was based on an aggregated ‘total experience’ and Creation was one of only three South African wineries to qualify for the list.

Another highlight was being voted among the nine top South African wineries recognised for creating a positively memorable tourist experience at the inaugural Wine & Food Tourism Awards held in September. In naming Creation as one of the three honourees in the Innovation category the estate was praised for “constantly pushing forward with fresh and exciting ideas” and for its “innovation across the entire value chain from the product, to the experiences, to the route to consumer”.

More proud achievements for 2019 came in the form of the consistently high scores allocated to Creation wines by leading wine critics. Thus Tim Atkin MW scored both the 2018 Creation Art of Chardonnay and the 2018 Creation Art of Pinot Noir an impressive 96 points in his 2019 South African Special Report. This makes Creation the only estate to score 96 for both its Chardonnay and Pinot Noir from over the 250 wineries that Tim visited.  What’s more, the authoritative report hails Creation as ‘Best Cellar Door Experience’ – an achievement described by Carolyn as “a tremendous feather in our cap”. 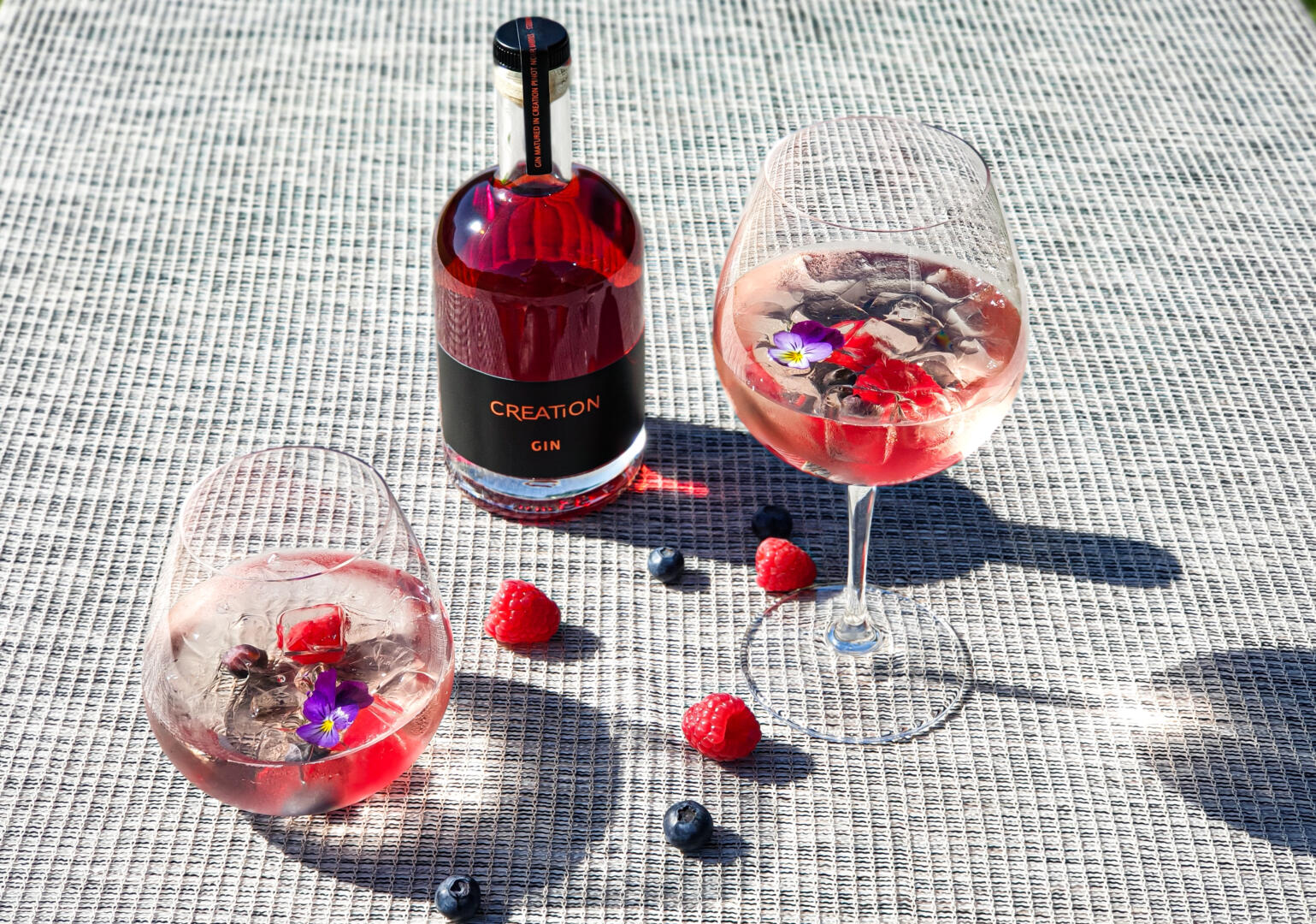 Always exploring new avenues, the team recently took on the challenge of launching their first two gins.  Gin from one of South Africa’s top cool-climate wine estates? Carolyn explains: “The possibilities of what to drink with what you eat are fascinating. And so are the choices of an uplifting drink after one’s meal. Although gin is often enjoyed as an aperitif we also love drinking it as a refreshing pick-me-up after the meal – especially on a warm summer’s night.” Only the purest gin, small batch-distilled with extracts of the finest quality Italian juniper and local botanicals, is matured in second-fill Chardonnay or Pinot Noir barrels. The result? An infusion of delightful delicacy yet remarkable depth.

The thrilling news that Overstrand Hermanus was recently awarded UNESCO Creative City status for Gastronomy is a tribute to the many people who are so passionate about the region, says Carolyn. It is one of only 10 cities worldwide to be recognised by UNESCO for Gastronomy in 2019 and the first city on the African continent to receive this distinction. “We’re proud to say that Creation was fully involved in the bid and that we were joined by so many of our partners and friends not only in the Hemel-en-Aarde, but also through pretty much the length and the breadth of the Whale Coast Route, from Rooi-Els to Gansbaai.”

Last but certainly not least is a standing ovation for Creation founder and cellarmaster Jean-Claude Martin who distinguished himself as one of the five to be shortlisted for the 2019 Diners Club Winemaker of the Year title. Congratulations and celebrations abound! 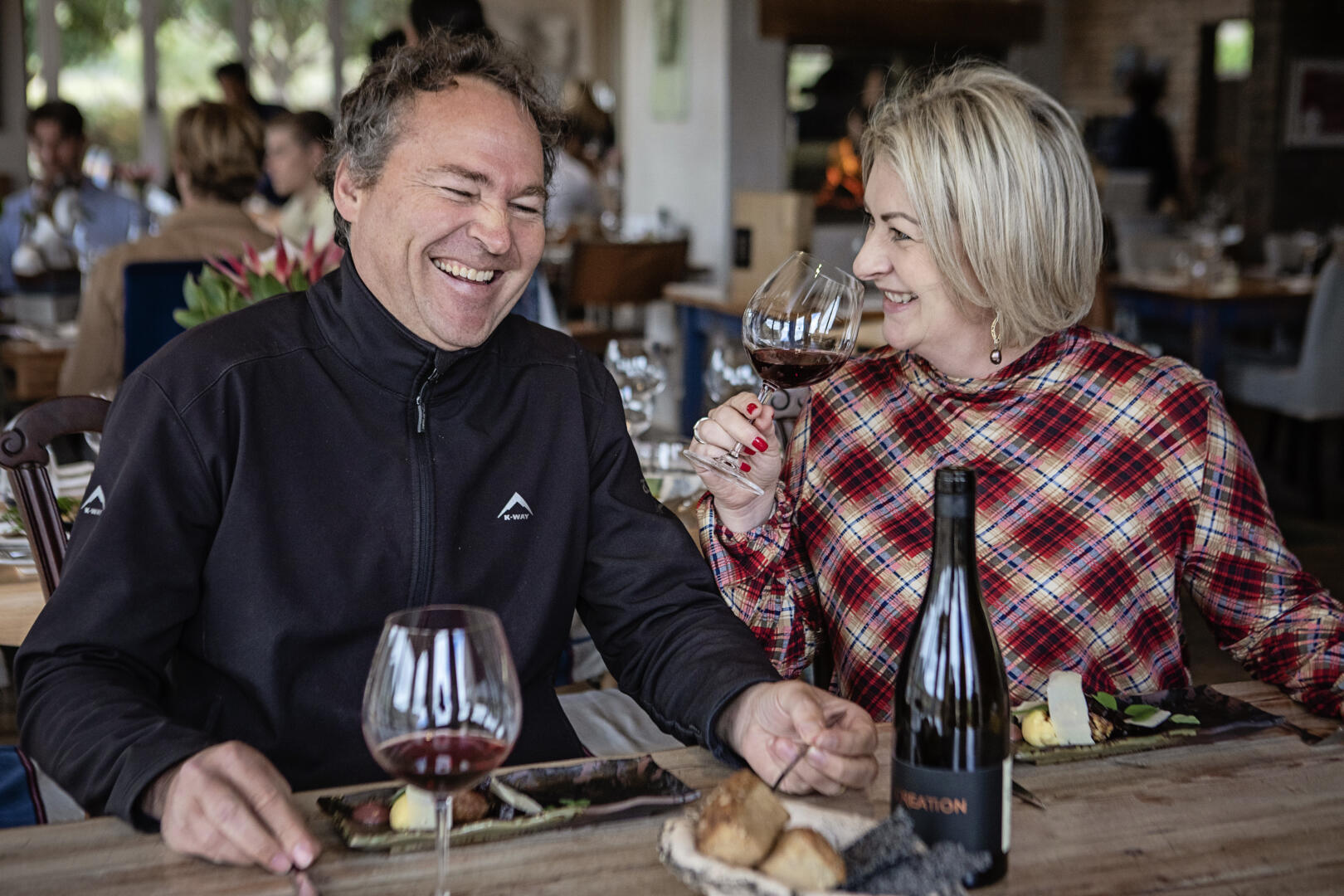 In summing up Carolyn expressed her team’s delight at being part of the vibrant South African wine scene. “To experience our latest vintages along with our hospitality and of course our ever evolving wine and food pairing menus we’d love to welcome you at Creation over the Festive Season.”

Special mention must be made of the recently launched Love Story of Creation Pairing Menu, described by Carolyn as “a love letter to summer”. Comprising six light yet delectable courses or chapters accompanied by seven award-winning Creation wines it takes you on a journey of discovery based on local ingredients and inspiration gained from the team’s worldwide travels. Book now by going to https://shop.creationwines.com/.

Please note Creation’s extended hours over the Festive Season from 21 December 2019 to 4 January 2020: