Chefs bring back the stars 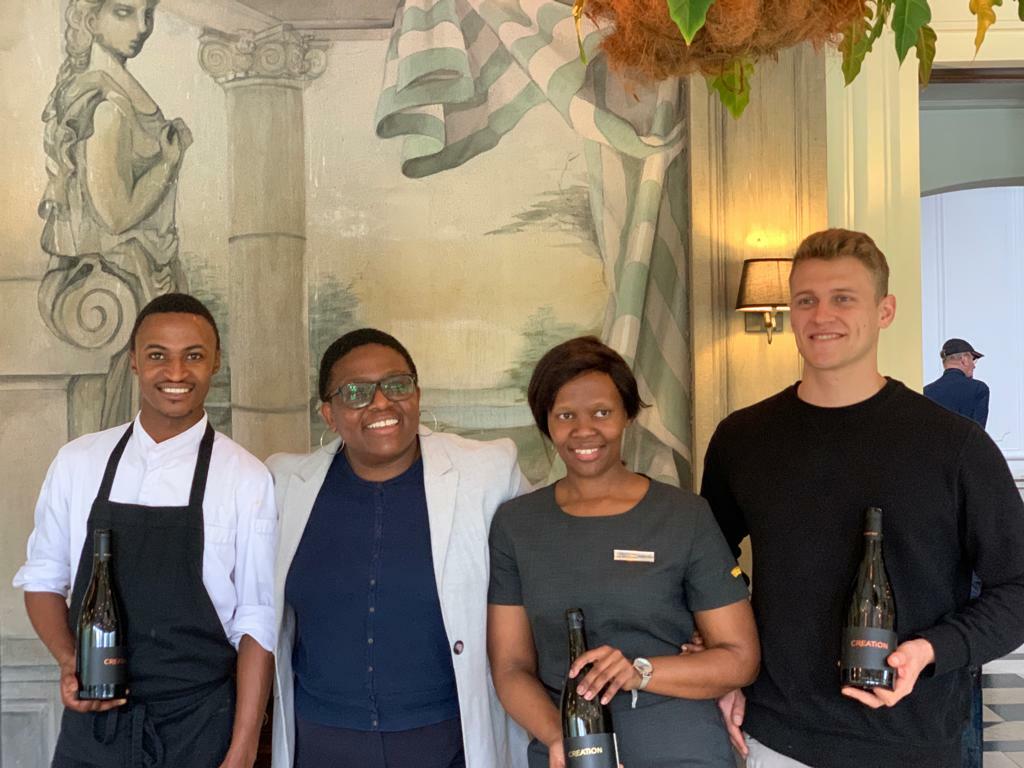 Sous Chef Charl van Wyk, who has been with Creation for five years, worked with Michelin Chef Niels Dooijeweert at Restaurant Broederenklooster in the city of Zutphen:  ”I have learned new and faster techniques to carry out tasks with consistency throughout the kitchen while digital platforms allowed us to share and transform recipes between the team. A fully open-plan kitchen design led to more interaction with guests, and I have learned about tableside presentations and observed some next-level service. From cooking techniques and emulsions to purees, this experience has been a never-ending cycle of innovation.”

Commis Chef Abongile Mafevuka, who began his career as a soccer player before he studied at Warwicks Chefs School in Hermanus, was placed at Kasteel Engelenberg, working with Michelin Chef Niels Minkman. “Teamwork creates excellence,” says Abongile, “and planning is key to a successful kitchen. I also realised that in a restaurant of this quality, sophisticated guests have high standards and taste, and finishing touches are critical to every dish but even as a very junior Chef, I was consulted, acknowledged and addressed most courteously. I can also say we can be proud of the quality of our South African wines, which are highly regarded in Europe.”

Nomvula Ngqolowa, who started working at Creation six years ago, first as a receptionist and then as a Hospitality Assistant, was also based at Kasteel Engelenberg, working as Front of House. She was given the immediate responsibility of running her section of tables and taking orders. She soon discovered that the people who worked with her had the confidence to leave her alone and only assist when the restaurant became extremely busy. “I have more confidence in myself now. If there was something I didn’t know, there were always colleagues to help me out. Teamwork is the key to unlocking potential, as it makes the workflow more manageable.”

Director and sommelier Arjen Pleij, the operational manager at Kasteel Engelenberg in Brummen, Netherlands, shared his considerable wine experience with the team and offered insights into how other South African producers and wines were seen in a European context.

“We have a strong and long relationship with South Africa and South African wine, especially Creation in the Hemel-en-Aarde valley,” says Arjen. “Nomvula, Abongile and Charl’s internships have strengthened this connection. We learned from them, their experiences, and their knowledge. Our team became more adept, and the three Creation staff members developed businesswise and personally.”

This career-boosting exchange was also made possible by Vinites, Creation Partner in the Netherlands, the Western Cape Government International Relations Team and The Dutch Consulate.

“It is of vital importance that we grow young talent in South Africa,” says co-owner Carolyn Martin, Creation. We have recently won the international award for Best Wine Tourism Services and Restaurants for 2022 as awarded by the Great Wine Capitals network. We are proud that our team, including  Chef Charl van Wyk, Chef Abongile Mafevuka and Hospitality Host Nomvula Ngqolowa, all contributed to the achievement for Creation.

2021 Number 1 in Africa in The World’s Best Vineyards

Please get in touch on +27 72 673 1880 to arrange interviews or send your questions to carolyn@creationwines.com