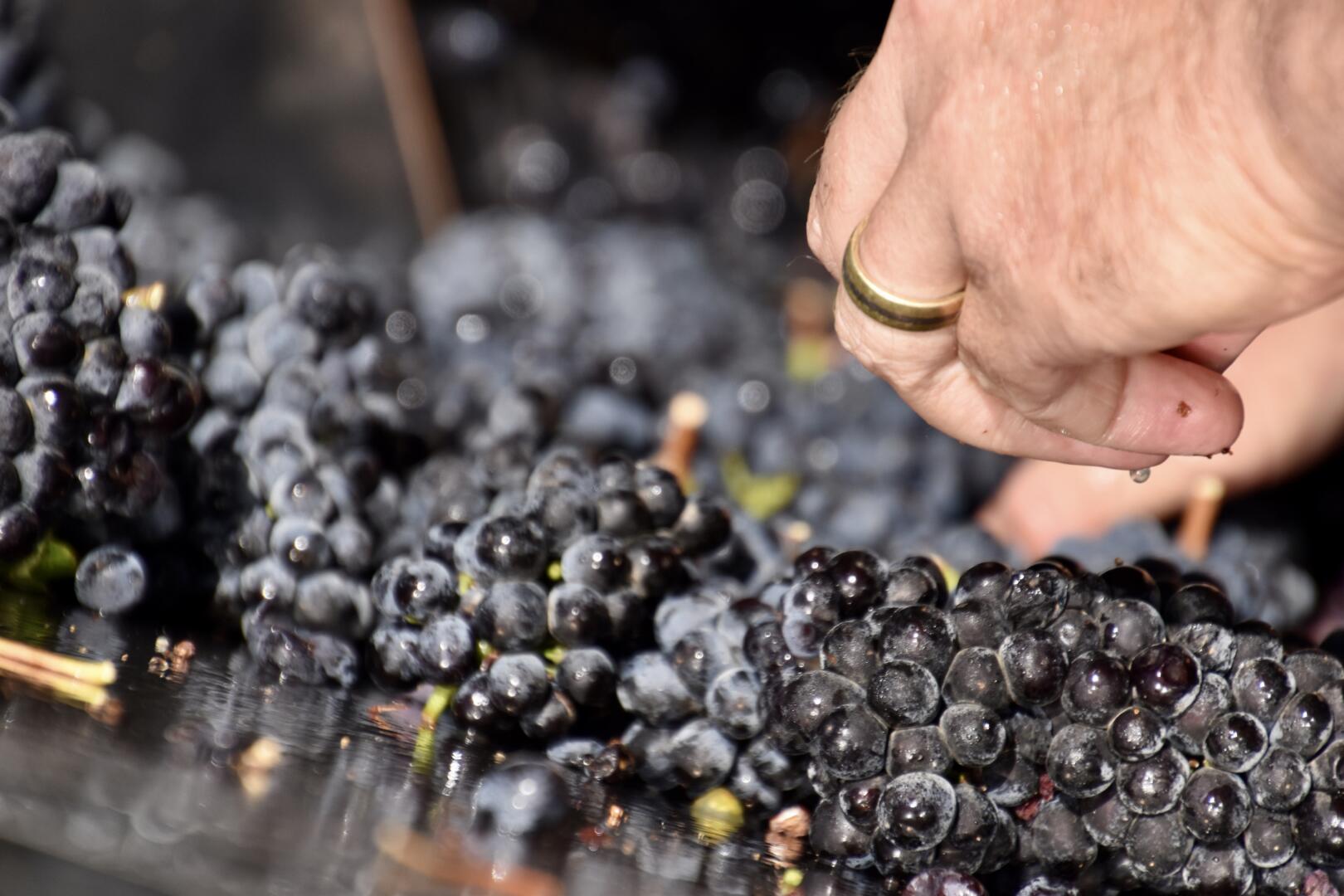 The process which sees whole bunches (grapes, stems and all) being placed into fermentation vessels and left to ferment seems relatively simple. However, this is far from the case – there are many complexities for the winemaker to bear in mind. Fact is however that this traditional approach can add nuances to wine which no other fermentation technique can.

Whole bunch fermentation has been around since the beginning of winemaking itself. The technique gained fame from the old-world wine regions of France where it was used with great success. However, after the invention of crusher-destemmers post WW2, this fermentation technique has had varying degrees of popularity. Nowadays, whole bunch fermentation seems to be gaining popularity again. This is mainly due to its natural approach which offers a more elegant and delicate style of wine, which consumers seem to prefer.

The Where and the Wherefores

The successful use of whole bunch fermentation is cultivar and climate dependent. These two factors often go hand in hand. Specific cultivars planted to suitable climates do better with whole bunch ferments: Syrah and Pinot are the two main cultivars and another is Gamay. Whole bunch is not used much in Cabernet Sauvignon and Cabernet Franc due to the fact that it can over-enhance greenness.

Whole bunch fermentation is practised predominantly in the old-world wine regions of Burgundy and Rhône, where if a producer deviates from this process, there is a large probability that he/she would never be allowed to set foot in the village again! However, the new-world regions of Australia, New Zealand and South Africa also use the technique to varying degrees. The general consensus is that warmer climates tend to be more suited to whole bunch fermentation than cooler areas.

The beauty of the technique lies in subtle enhancements of aroma, taste, texture and structure. Stems can act as enhancers of certain flavour compounds (such as spicy, herbaceous and earthy) during fermentation. Furthermore, the stems have a cushioning effect on the length and temperature of fermentation, allowing for more desirable, cooler fermentation which results in an increased development of ester compounds. Another exciting attribute of whole bunch fermentation is the effect on colour stability, which is generally beneficial. (In the case of Pinot Noir, however, winemakers must ensure that not too much colour is lost as stems can leach colour.)  The percentage of whole bunch used is a crucial factor and is largely determined by the winemaker.

It is interesting to note that many producers in Burgundy also use whole bunch ferments to buffer vintages against seasonal variations. In years of higher temperatures, producers will use the technique to prevent flabbiness in the wine by giving it some freshness. In cooler years, it is used to help lower the acidity.

Typical flavours given off by stems include juniper, oregano, black tea, nutmeg and cardamom. In the case of Syrah this cultivar’s characteristic spicy and savoury aromas of green olive/olive tapenade can be enhanced by the use of stems. In the case of Pinot Noir, the stems contribute nutty wood tannins often looked for in Pinot to add structure and ageing potential. The general consensus among many top producers from Burgundy is that smaller berry bunches tend to produce the best results with whole bunch fermentation and that is why it works so well for Pinot Noir.

With so many positives, whole bunch fermentation still carries risks. The biggest of these is the extraction of overly green and herbal aromas, which can dominate the wine. The amount of green stems therefore has to be carefully controlled.

Gentle extraction to prevent breakages of the stems is equally important as these breakages rapidly increase the greenness within wine. Experienced winemakers will also tell you that gentle punch downs done by hand in small enough vessels are optimal. Another factor to take into account is a potential drop in acid and increase in pH due to prolonged contact with the stems. It is therefore crucial to monitor all of these aspects all of the time.

Limiting risk through small increases of whole bunch fermentation would be advised. Many producers also like to play around with different percentages to draw specific characteristics out of the wine. On a practical note, whole bunch ferments are often more labour intensive, especially in the beginning phases where tanks need to be filled with bunches by hand.

The use of whole bunch fermentation will never be fully re-invented; however, subtle tweaks are still possible. One of the up-and-coming trends in the industry is that of orange wine. Extended skin contact on white wines has created interesting wines with more texture, which are being received well by the public. A common trait among these wines includes tea-like flavours which I believe could be further enhanced by the addition of whole bunch maceration.

The next tweak which could offer exciting results would be to press the wine before it has completed fermentation. In this case, 100% whole bunch fermentation would be advised to help compensate for the shortened maceration time.

On reflection it becomes clear that our ancestors were onto something. The qualities derived from this technique are hard to match. It is also evident that there is no wrong or right way of going about whole bunch fermentation. Working with the elements rather than against them seems to bring about the best results when using this technique. Whole bunch fermentation is back, and it is here to stay.

Glenn Martin is a Viticulture and Oenology student at the University of Stellenbosch. On completion of his studies he will become a fourth generation winemaker in the Martin and Finlayson families.