No two vintages are ever the same and every harvest has its own stories to tell. That’s why it was so fascinating to chat to different members of the Creation team, gathering an exciting kaleidoscope of perspectives on the 2022 harvest.

“We are very pleased with the overall quality of the grapes and the balanced crop size across all cultivars. The dry ripening season allowed us to pick at optimum ripeness which should lead to exceptional quality wines.” This positive take coming from Creation Cellarmaster and co-owner, Jean-Claude (JC) Martin, is echoed by the rest of the team. 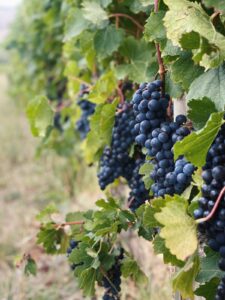 “From a viticultural point of view these were the best grape-growing and harvesting conditions in my career of 27 years,” says Viticulturist Gerhard Bruwer. “We had a good, even and balanced crop size with only the Sauvignon Blanc a little lower than normal. Even though we had a late start to the harvest on the early cultivars, the later cultivars were typically picked at their normal time. Nature of course always has a surprise in store and certain Sauvignon Blanc blocks were harvested before the Chardonnay.” 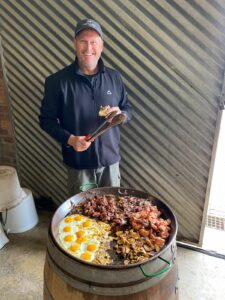 Referring to the weather conditions, Winemaker Gerhard Smith says the late start to the harvest was thanks to a long, cold and wet winter which led to a cool, protracted vintage. “We can therefore look forward to elegant wines with moderate alcohol and low pH levels across the board.”

JC points out that the later harvest had two other, rather unexpected bonuses. “There were two or three weeks of slightly later nights in order to process the grapes over a shorter time. This allowed us to test each other’s palates in blind tasting while waiting for the press to finish, resulting in a now more accomplished team of tasters!”

Another plus factor of the later start to the harvest was that it coincided with the early tuna run. “We had the chance of going fishing between harvesting the MCC and the first still wine grapes, bringing home a 69 and a 70 kg tuna.” Needless to say the Culinary Team was delighted and fresh sashimi and Pinot Noir the order of the day! 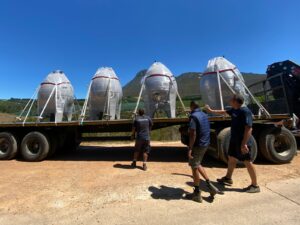 While confirming the outstanding quality of the grapes, Cellar Assistant Kirsten Myburgh also found Harvest 2022 an easy one, thanks to Creation innovation. “We had different new toys to ‘play with’, such as our four concrete eggs and our new conveyer belt, all of which made things easier.” What also stood out for Kirsten this year was the different dynamic added by the three female interns on the team. 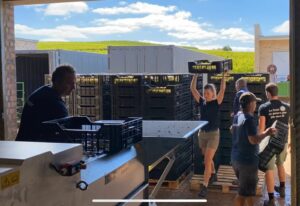 Cellar Assistant Urle Hansen agrees on all counts. “For me 2022 was one of the greatest so far and the quality of the grapes was spectacular, especially on the Pinot Noir and Chardonnay.” As to the ‘women power’, Urle was particularly impressed by the work ethic of his teammate, Léze Herholdt.

Léze, who will soon start in her new position as Brand Development and Innovation Assistant at Creation, describes Harvest 2022 as one of her most intense. “However, the team worked well together and everything ran smoothly. It brought home the importance of momentum –  in terms of throwing ‘kissies’, lifting barrels and harvesting in general. Once you break the speed, it’s like throwing a spanner in the works.”

The stand-out cultivar of the year?  According to JC it’s always difficult to choose between one’s ‘children’, but the cultivar that really shines for him this year is Chardonnay. “We believe we have an exceptional vintage. The proof of course is always in the tasting and we look forward to sharing the 2022 vintage with you over the years to come: in our Tasting Room or wherever you are in the world.”