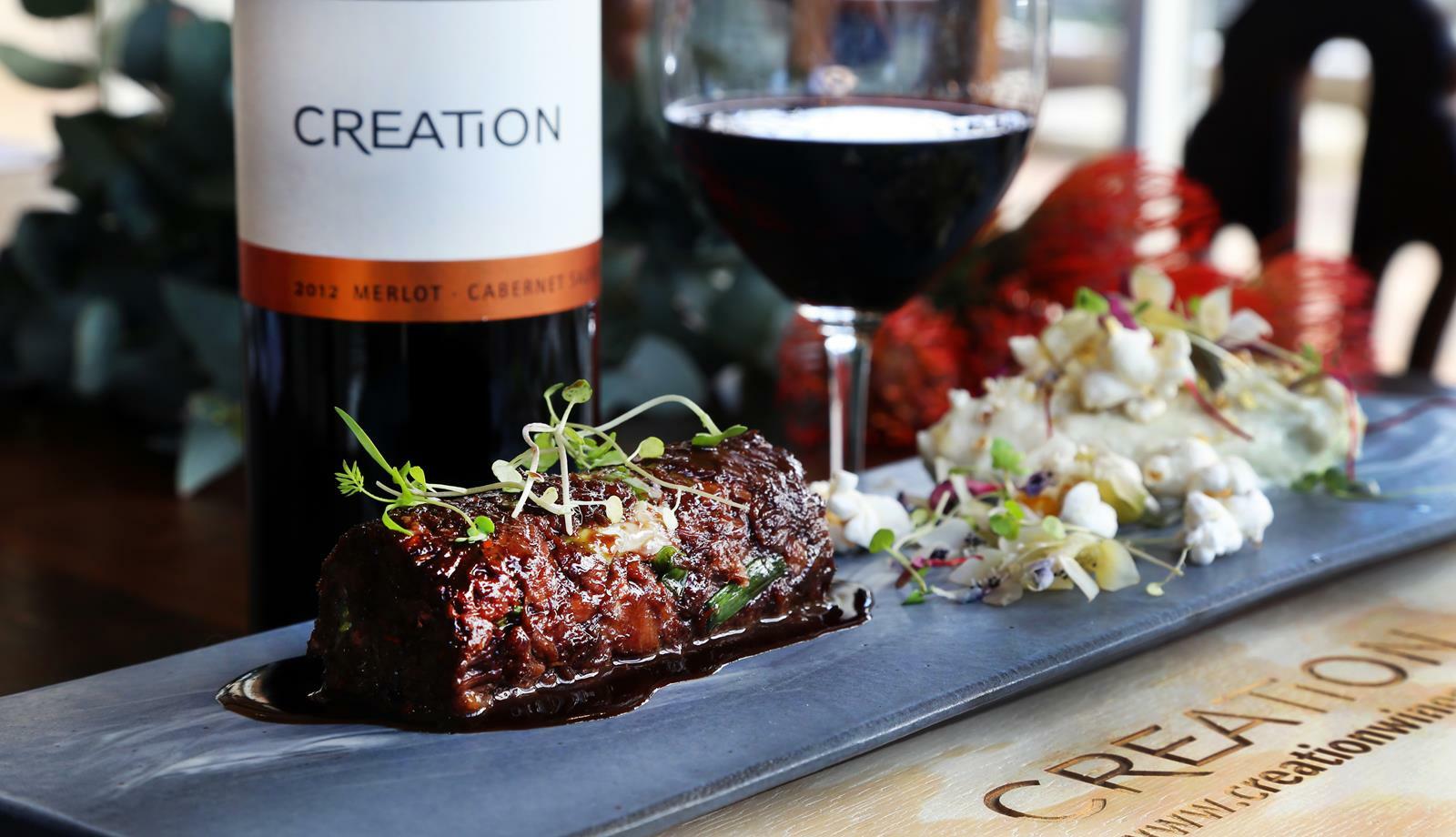 Commenting on the GWC Best of Wine Tourism Award (2016) which Creation received as the South African winner in the category ‘Innovative Wine Tourism Experiences’, marketing director Carolyn Martin said: “This is the second time Creation has won this sought-after award (the previous was in 2013) and it once again confirms that our trendsetting estate lives up to its name.”
Soon after the announcement of Creation’s GWC Award, Wine-of-the-Month Club awarded the Creation Reserve Merlot 2013 its trophy for Best Merlot of the Year 2015. This is an outstanding achievement for Creation and the Hemel-en-Aarde, which is traditionally associated with Pinot Noir and Chardonnay production. According to cellarmaster Jean-Claude (JC) Martin, Creation’s stable, cool climate and clay-rich soils have proved to provide a unique and ideal terroir for cultivating a variety of wine grapes, including the fickle Merlot.

The Creation team is world-famous for their wine and food pairing and marketing director Carolyn Martin said “We are truly honoured to have won this award for a third time.”
Visitors to this picturesque and trendsetting estate on the Hemel-en-Aarde Ridge near Hermanus can certainly look forward to a pairing experience ‘made in heaven’. The team has recently launched their new pairing menu which now comprises no less than eight options. The irresistible and varied Tapas Pairing ranges for example from a feast of pickled calamari, pawpaw, cucumber, pineapple, celery and radish served with the Creation Sauvignon Blanc to the delectable springbok loin with cumin, sweet potato, liquorice and blueberry served with the Creation Syrah.

Further good news for prospective visitors is that for the period 18 December to 10 January Creation will be extending its opening hours until 19h00 for sundowners (excluding 24 and 31 December when they will close at 17h00 pm). Their scrumptious Sunset Tapas Menu will be available between 17h00 and 19h00 pm.

Creation caters for specific dietary requirements. So, if you are a vegetarian, lactose or gluten intolerant or follow a Low Carb Hi Protein eating plan, simply let them know when booking. The Creation Tasting Room is open 7 days a week, with pairings available between 11h00 and 16h00.